How does Newcastle boss Steve Bruce’s reign compare to that of Rafael Benitez? 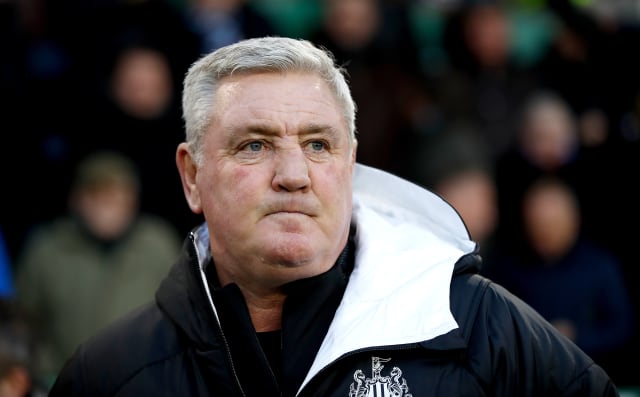 Steve Bruce spent the early months of his reign as Newcastle head coach knowing by his own admission he was “not everyone’s cup of tea”.

Parachuted in as a replacement for the hugely-popular Rafael Benitez after the Spaniard opted not to extend his three-year stay on Tyneside last summer, the former Manchester United defender was fighting fires from the off.

What has transpired since has tempered some, but far from all, of the criticism.

Here, the PA news agency takes a look at how his statistics for the first 29 games of the current Premier League season compare with those for the same period in Benitez’s last.

Bruce’s nine wins to date have included some impressive scalps. His first came against the odds at Tottenham, and his second courtesy of 19-year-old midfielder Matty Longstaff’s first senior goal against Manchester United. Isaac Hayden’s late winner accounted for Chelsea at St James’ Park, although home victories over Southampton and Crystal Palace were scratchy to say the least. Benitez had to wait until November 3 for his first win of the 2018-19 campaign, but two more over Bournemouth and Burnley followed immediately. The Magpies fared well against the teams around them, completing doubles over Huddersfield and the Clarets, although Matt Ritchie’s late penalty famously condemned eventual champions Manchester City to a 2-1 defeat on Tyneside.

Firepower, or more accurately the lack of it, has been an issue at Newcastle for much of the 14 years since Alan Shearer called it a day, although Andy Carroll, Demba Ba, Papiss Cisse and Loic Remy have all provided temporary relief. Benitez’s solution was to ask loan signing Salomon Rondon to spearhead his attack with Ayoze Perez and later Miguel Almiron providing the support. Of the 26 goals scored in those 29 games, Rondon and Perez contributed 11 with fellow frontmen Joselu and Yoshinori Muto adding three more. By the time Bruce arrived, Perez had been sold to Leicester for £30million and Rondon was heading for China in Benitez’s wake. They were replaced by £40million striker Joelinton and French winger Allan Saint-Maximin. The Brazilian’s one league goal to date remains a topic of intense debate and while Saint-Maximin and Almiron have chipped in with two each, 12 of the Magpies’ haul of 25 – one fewer than at the same stage last season – have been scored by defenders.

The case for the defence

Benitez prided himself on defensive organisation and while it was not pretty at times, it proved effective. Bruce initially attempted to adopt a more progressive approach, but a 5-0 drubbing at Leicester on September 29 prompted him to swiftly abandon the ploy until the weeks immediately before the unscheduled break. In both seasons, the Magpies kept nine clean sheets in the first 29 games, although the 36 goals they conceded under Benitez was six fewer than during the current campaign.

Strong to the finish

Just how the 2019-20 campaign will pan out remains to be seen, but Bruce will hope he can mirror the pattern of the Benitez era if and when football resumes. In both of his two full top-flight seasons, the Spaniard presided over impressive run-ins, garnering 15 points from the final nine games in 2017-18 to finish 10th on 44 points, and managing one fewer 12 months later to claim 13th spot with 45.