Coronavirus: What they said 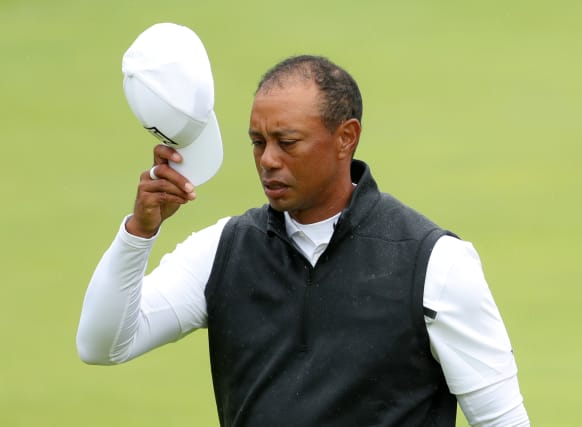 The spread of coronavirus has brought sport to a standstill across the UK and most of the world.

Here, the PA news agency looks at what sport stars have been saying in reaction.

“You could see looking at the players that their minds were elsewhere thinking about people back home. Now that we can go and look after families and be with loved ones that’s put a lot of guys at ease.” – England cricket captain Joe Root after the tour to Sri Lanka was postponed.

“Of course, we don’t want to play in front of an empty stadium and we don’t want games or competitions suspended, but if doing so helps one individual stay healthy – just one – we do it no questions asked. If it’s a choice between football and the good of the wider society, it’s no contest. Really, it isn’t.” – Liverpool manager Jurgen Klopp following the suspension of the Premier League.

“Until a decision is made on how we go on from here, then we just have to deal with it. But when it happens, we are still bringing the title to our fans, definitely.” – Virgil Van Dijk’s pledge to Liverpool supporters desperate for the end to their 30-year wait for a title.

“I do NOT support matches played behind closed doors. If it’s necessary to shut down stadiums the associations must find a way of delaying the season and playing the games when it is safe to do so to protect the revenues for clubs that require this income to survive.” – Former Manchester United and England defender Gary Neville.

“Man we cancelling sporting events, school, office work, etc etc. What we really need to cancel is 2020! Damn it’s been a rough 3 months. God bless and stay safe.” – Los Angeles Lakers star LeBron James after the suspension of the NBA.

“We are seeing (Donald) Trump shutting down the borders, the NBA has been suspended, yet F1 continues to go on.” – World champion Lewis Hamilton was critical of F1 organisers, who delayed cancelling the season-opening event in Australia until the morning of first practice.

“How in the world could they work it into the schedule? It wouldn’t be fair to any other tournaments that are later. I think we are probably going to miss the Masters this year, that’s just my opinion, but I think it makes logical sense.” – Jack Nicklaus on why the Masters may not get played this year.

“These are complicated days for the whole world. Health should always be the important thing. It’s the moment to be responsible and stay at home, we can also enjoy this time with our family that we don’t always have.” – Barcelona forward Lionel Messi.

“There are a lot more important things in life than a golf tournament right now. We need to be safe, smart and do what is best for ourselves, our loved ones and our community.” – Tiger Woods broke his silence three days after learning he would not be defending his Masters title at Augusta in April.

“I don’t think we had any great leadership last night, listening to the prime minister. I was totally underwhelmed by the lack of leadership and clear message.” – Watford manager Nigel Pearson was not impressed by Boris Johnson’s public address last week.

“Thanks for your words and support. We’re all facing a huge and unprecedented challenge. Everyone’s health is all that matters right now. Protect each other by following the guidelines. We’ll come through this together.” – Arsenal head coach Mikel Arteta, who tested positive for coronavirus.

“It is unfortunate news that the London marathon has been postponed, but I fully respect the decision made by the organisation as safeguarding the health of the world always takes our top priority.” – Marathon world record holder Eliud Kipchoge.