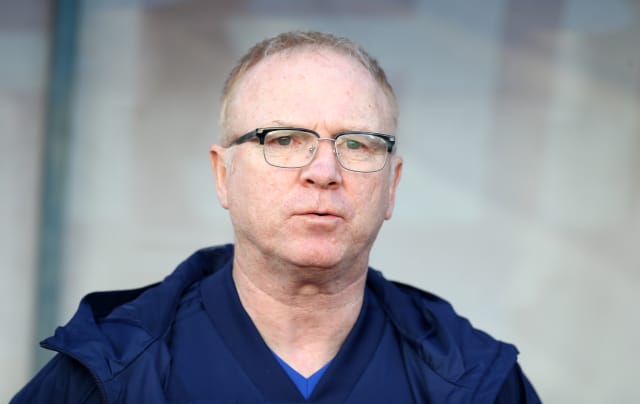 Former Scotland manager Alex McLeish has addressed rumours about his health after passing a number of medical tests.

McLeish discovered his health had become the subject of speculation just before losing his job as national team boss in April last year.

The 61-year-old was sacked weeks after starting the Euro 2020 qualifying campaign with a 3-0 defeat in Kazakhstan.

Scotland followed that with an unconvincing 2-0 win over San Marino before which McLeish has admitted he walked out of a team talk after forgetting a word.

The former Motherwell, Rangers, Birmingham and Aston Villa manager told the Scottish Daily Mail: “I didn’t know people were saying stuff about my health on the internet. But then, a couple of days after the qualifier in San Marino, my son Jon phoned me and asked, ‘Has something happened over there?’.

“I just had a blank with a word I needed to say in a speech, I walked out the room and came back in and that probably didn’t look good.

“I was embarrassed at losing my thread. I couldn’t believe I could do that.

“The irony is that when the reports of the incident in San Marino emerged, I was in the process of doing my annual medical tests with the League Managers’ Association.”

The former Aberdeen and Scotland central defender admitted he had gone for tests partly to see if there had been any effect from heading footballs “a few million times” during his playing career.

“And when you get to the age I am, you do have moments when you think, ‘Wait a minute I’ve forgotten his name’,” he added.

“I now know that’s just because I know too many people – and at this particular stage of life, I can’t remember everyone. But I had all the necessary tests and everything is clear.”

Mark Cavendish in good spirits despite another frustrating period