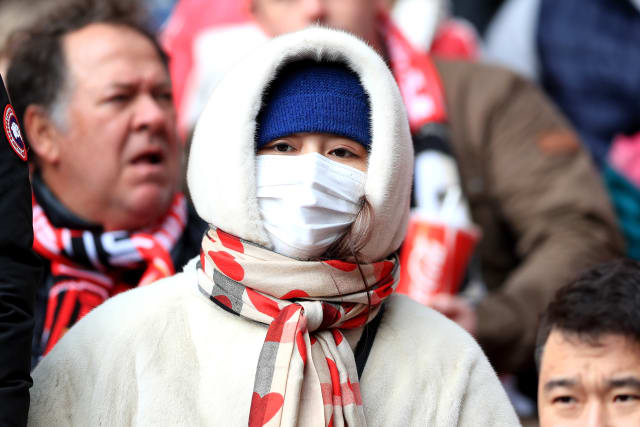 Virgil Van Dijk has admitted he fears being forced to lift Liverpool’s first Premier League crown in an empty stadium as a result of the ongoing restrictions imposed by the coronavirus crisis.

Sport is expected to be subjected to further restrictions next week with Prime Minister Boris Johnson set to announce a blanket ban on major public gatherings.

The sporting programme has once again been decimated on Sunday, although among the events still set to go ahead are the Super League match between Castleford and St Helens, the Olympic boxing qualifiers in London, and snooker’s Gibraltar Open, which is continuing behind closed doors.

Writing in the Daily Mail, Stuart Broad praised the decisive action of the England and Wales Cricket Board in abruptly calling off England’s cricket tour of Sri Lanka on Friday.

“Suddenly, it was like ‘wow.’ These major worldwide events were being postponed and there was a feeling within our group that we ought to think about where we stood.

“Thankfully it did not come to that. The call came from the top, whether from Tom Harrison, or Ashley Giles, or others in the hierarchy at the ECB.

“They made a very tough but necessary decision and credit to them for putting the players and the fans first.”

Confusion reigned in football’s National League, where five matches were postponed on Saturday but six took place as scheduled.

The National League released a statement on Saturday evening in which officials promised to “provide a further update in due course”.

However despite the chaos being caused to the global sporting schedules, Japanese Prime Minister Shinzo Abe expressed his intention on Saturday that this summer’s Tokyo Games will continue “without a hitch”.