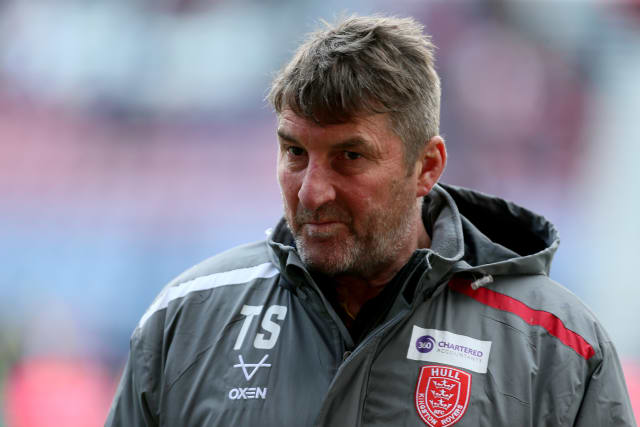 Hull KR head coach Tony Smith expects rugby league to become the last high-profile sport in the UK to go into shutdown because of the coronavirus pandemic.

Rovers edged their way to a dramatic 22-19 win in the Challenge Cup over Championship side Leigh at Craven Park as the Super League side eventually made the most of Adam Higson twice being sent to the sin bin in the second half.

Unlike the majority of professional sports in this country, rugby league has played on but Smith does not expect that to last for too much longer.

Smith also revealed Ryan Brierley had been away from the squad after displaying cold-like symptoms during the week before returning to training too late to make the match-day line-up.

Smith said: “I think everybody’s looking for an indication on what’s coming next for sport and our sport in particular.

“We will probably go along with the trend of most other sports. I can’t see us being the exception for too much longer.

“This round of course we were lucky to get through and I’d be surprised if there wasn’t a break.”

The coach said of Lewis: “He did some brilliant things at times and kicked some good goals. Kane was the best player on the park today by a country mile.”

Smith added: “I’m really pleased to come through at the end. That second half was really scratchy.”

Leigh had been on course for a cup upset as they led 19-18 late on despite Higson’s two yellow cards.

The Centurions were still a man short when Nick Rawsthorne scored a dramatic last-minute try to see Rovers sneak into the sixth round.

Rovers were prompted to victory by Lewis, who converted three of their four tries and the win also owed a lot to the battling display of Linnett, who got his first try of the season to cap a fine performance.

Leigh had led 12-0 through tries by Higson and Ben Hellewell but three tries in eight minutes from Linnett, Shaun Kenny-Dowall and Will Dagger put Rovers 18-12 in front by half-time.

Liam Hood got the first try of the second half with 15 minutes to go as the visitors tied the game at 18-18 as Ben Reynolds kicked a third conversion.

Josh Woods kicked a drop goal to edge Leigh back in front but Rawsthorne touched down late on to seal a dramatic win for the home side.

Leigh head coach John Duffy admitted that the two yellow cards to Higson, which saw his side play a man short for 20 minutes of the second half, had cost them the game.

Duffy said: “It’s not good enough and he knows that. He will apologise to the other players. It’s discipline that’s cost us in the end.”

The Leigh coach added: “They way we came out in the second half I thought was fantastic. I can’t fault their effort.

“We defended our lives off for 79 minutes and then we just get pipped at the end.

“I’m disappointed and upset for the boys but obviously pleased that we’ve been able to do some things that I’ve not seen against Super League opposition.”