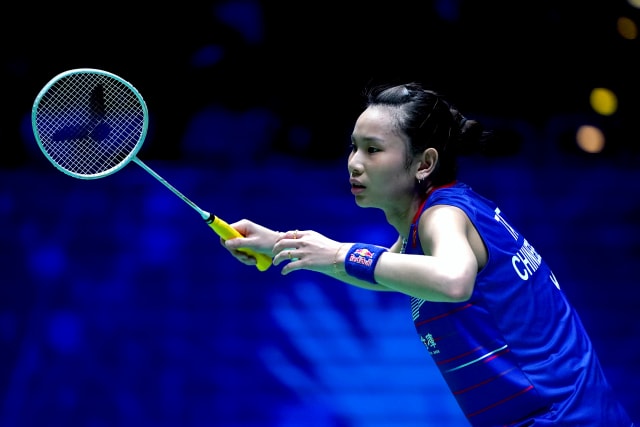 Taiwan’s Tai Tzu Ying clinched her third women’s singles title in four years with a dominant victory over defending champion Chen Yu Fei at the All England Championships in Birmingham.

In the mixed doubles final, Indonesia’s Praveen Jordan and Melati Daeva Oktavianti – who beat British pair Marcus Ellis and Lauren Smith in Saturday’s semi-final – clinched the biggest title of their careers with a 21-15 17-21 21-8 win over Dechapol Puavaranukroh and Sapsiree Taerattanachai of Thailand.

Viktor Axelsen won his first All England title in the men’s singles, securing Denmark’s first win in the event since Peter Gade’s triumph in 1999.

And there were twin doubles successes for Japan as Yuki Fukushima and Sayaka Hirota beat China’s Du Yue and Li Yin Hui to win the women’s doubles and Hiroyuki Endo and Yuta Watanabe won a thriller against Indonesia’s Marcus Fernaldi Gideon and Kevin Sanjaya Sukamuljo in the men’s doubles final.