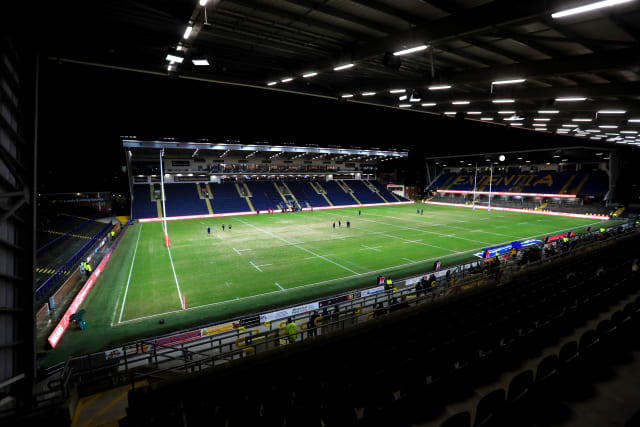 The Rugby Football League has repeated its threat to punish Leeds Rhinos for calling off their Saturday’s Super League game at Catalans Dragons – despite fears that the club had been struck by coronavirus.

Rhinos chiefs took the decision shortly before they were due to fly to Barcelona on Friday after one of their players displayed symptoms of the virus. Subsequent tests on the unnamed player proved negative.

“We spoke with Leeds at some length this week on that particular issue. We’ve applied all the guidelines that the government asked us to observe, and Leeds took a unilateral decision not to travel to that fixture. That will follow due process now.”

Leeds, who had no comment, were due to travel on a scheduled Jet2 flight, and return on Sunday. On Saturday, Jet2 planes bound for Spain turned around mid-flight after new restrictions imposed by the Spanish government.

Rugby league is one of the few sports which is continuing despite the coronavirus outbreak, although a meeting between club officials on Monday may yield a decision to postpone future games.

Also on Sunday, Valencia defender Ezequiel Garay became the first LaLiga player to announce that he has tested positive for coronavirus.

Garay revealed the news on his Instagram account, writing: “I’ve tested positive for the coronavirus, I feel great and now all that’s left is to listen to the health authorities. For the moment, I have to be isolated.”

Following Garay’s announcement, Valencia issued a statement confirming that five positive cases have been detected among members of the first team and club staff.

The Spanish club added that affected individuals are “all in their homes in good health, and under isolation measures”.

The Vitality Netball Superleague announced it has cancelled all fixtures with immediate effect, and world cycling’s governing body, the UCI, said all its events would be postponed until at least April 3 – including imminent Olympic qualifiers for BMX and mountain-biking.

As a projected government ban on mass gatherings threatened to curtail even more of the sporting calendar, other sports continued to go ahead, including the boxing Olympic qualifiers in London, and snooker’s Gibraltar Open.

With no end to the crisis in sight, Liverpool defender Virgil Van Dijk admitted he fears being forced to lift Liverpool’s first Premier League crown in an empty stadium.

Stuart Broad praised the decisive action of the England and Wales Cricket Board in abruptly calling off England’s cricket tour of Sri Lanka on Friday.

“Suddenly, it was like ‘wow.’ These major worldwide events were being postponed and there was a feeling within our group that we ought to think about where we stood.

“Thankfully it did not come to that. The call came from the top, whether from Tom Harrison, or Ashley Giles, or others in the hierarchy at the ECB.

“They made a very tough but necessary decision and credit to them for putting the players and the fans first.”

In addition, Ferrari announced a cessation of production at their Maranello and Modena factories until at least March 27.

However despite the chaos being caused to many of its qualification processes, Japanese Prime Minister Shinzo Abe expressed his intention on Saturday that this summer’s Tokyo Games will continue “without a hitch”.