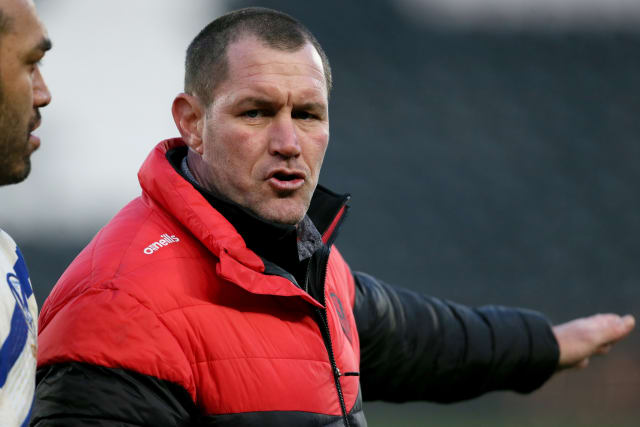 St Helens coach Kristian Woolf has called on Super League and the Rugby Football League to make a clear decision on whether the competition will be shut down because of the coronavirus pandemic.

While fixtures in most professional sporting competitions in the UK have been postponed because of the disease, rugby league has yet to follow suit.

A meeting of Super League clubs is planned for Monday and Woolf believes the powerbrokers need to decide how to move forward quickly to end the uncertainty.

“I wouldn’t have a clue what’s going to happen, to be honest. I’m presuming that something’s going to happen there in terms of the competition, whether it’s paused or we go behind closed doors.”

Saints were beaten 28-14 by Castleford in a one-sided contest. The defending champions have now lost four of the seven games they have played this year.

Woolf refused to blame the uncertainty caused by the coronavirus for his team’s disappointing display.

“Obviously there’s a little bit of uncertainty what happens next, but it was certainly no reason for us not being where we needed to be today.”

Castleford coach Daryl Powell admitted there is “eerie feeling” around everywhere as the spectre of coronavirus looms.

Just over 7,000 fans turned up at the Mend-A-Hose Jungle to see the Tigers defeat defending champions St Helens 28-14.

Powell said it will difficult with for everyone everywhere, not just professional sporting clubs, if the crisis worsens and the competition is stopped.

“Everybody understands it’s a really difficult decision at the moment for the whole country, for the whole world,” he said. “You look around and it’s such a confused scenario.

“Obviously there will be some meetings in the next few days that will give us an indication of what’s happening and then we can plan within our organisation of what we are going to do and then take it from there.

“But it’s pretty tough at the moment. There’s an eerie feeling around everywhere. It will be the same for everybody, it will be difficult.

“We have to try and found a way of managing it best that we can. Nobody knows where it’s going to take us over the next weeks and months.”

Powell was left delighted with his team’s five-try victory that takes them up to second spot in Super League.

“The performance was outstanding, particularly in the first half,” he said.

“Everything we talked about the boys delivered. There was a couple of tough periods for us but we handled them really well.”