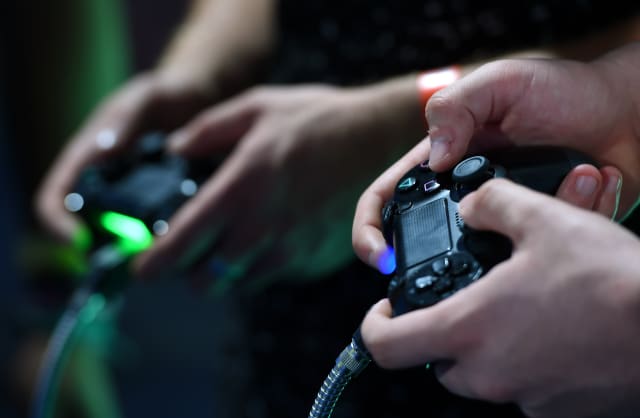 With no elite football played on Sunday due to the coronavirus outbreak, players, pundits and social media staff were forced to make alternative plans.

Of course, ever the professionals, some players simply took their training home. Manchester City’s Gabriel Jesus ran around his garden before kicking footballs into a very small goal.

For others, the time away from the pitch lent itself to family. Norwich’s Onel Hernandez enjoyed time with small loved ones as the Canaries’ relegation battle remains on hold.

But for the creative among the Premier League, combining family time with training came surprisingly easy.

David Silva certainly looked to be juggling to two with ease, exercising with what looked to be his son Mateo on his back.

But it was Arsenal defender Shkodran Mustafi who won the #StayAtHomeChallenge as he called it, washing his hands while juggling a football in front of his family.

Social media staff meanwhile kept fans amused with a series of games to replace their fixtures on Twitter.

Salford and Walsall for example engaged in a battle of Charades, using emojis to communicate.

“Fancy a game of emoji charades?” Salford tweeted, with Walsall correctly guessing Bend It Like Beckham to kick off the competition.

Aston Villa Women’s Twitter account opted for a game of connect four against Bayer Leverkusen, something that became standard practice among a whole host of clubs over the coronavirus-affected weekend.

Some teams decided to play out their fixtures in the virtual realm of FIFA 20, with Norwich and Southampton pitting their men against one another online.

“Good luck to our #ePremierLeague play-off winner on Xbox One @Stryfe_14 who’s taking on his #SaintsFC counterpart at 3pm,” Norwich tweeted.

The Saints edged the video game battle 3-2, with a fine goal from James Ward-Prowse helping the home side to three virtual points.

Not every team was up for an online battle though, as Havant & Waterlooville FC found to their cost.

“Hey, @EastleighFC fancy a little quiz?” Havant tweeted, before being met with a firm “No” from Eastleigh which received more than 40,000 likes.

“Are you a cat? Or are you a bunny?” she repeatedly asked her cat while pushing its ears together.

But while plenty seemed to have something to do despite the lack of football, for Arsenal mascot Gunnersaurus, a lack of fixtures simply meant heartbreak.

“Miss it already” the dinosaur mascot tweeted, alongside a picture of himself at the Emirates Stadium.