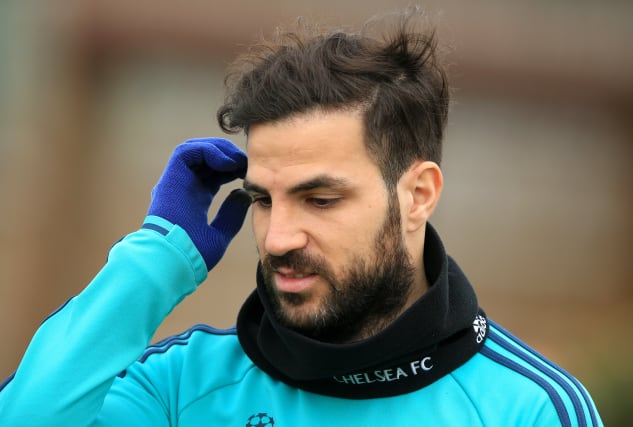 Cesc Fabregas has revealed how he had to buy Willy Caballero a Range Rover after the goalkeeper saved his penalty in training at Chelsea.

The Spain midfielder, who left Stamford Bridge after five years in 2019, bet his team-mate that he would score during an extra session at the club’s Cobham training ground, but was dismayed when the Argentinian goalkeeper saved it.

Fabregas paid his debts, even if the car was not exactly what Caballero might have been hoping for.

“So, after a player already told the story to the press of what happened one day in 2018 and many people asked me if it’s true, there we go,” Fabregas, who like most other professional footballers in Europe has plenty of time to kill at the moment, said on Twitter.

“Many times for many years after training, I stay a little bit longer to take some penalties. I always made little bets with the goalkeepers to put a bit of spice into the challenge.

“For some reason, I never really missed one. So one day I got too confident & it got a of out of hand. It was Willy Caballero’s turn and I told him that if he saved it I’d get him a Range Rover.

“Unfortunately for me, he saved it in front of the whole team so u can imagine how it went… I went from feeling the most confident, to feeling the most stupid guy on earth Smiling face with open mouth and cold sweat.

“Everybody obviously was shouting and laughing that I had to pay my debt. I went to a scrapyard and I found a destroyed Range Rover that couldn’t be used at all for £950 so I said, you know what? I’ll get that.

“The next day they they brought to the training ground and well… I’ll show you the rest on a video. The lesson of the story is: Don’t bet at all at any cost.”