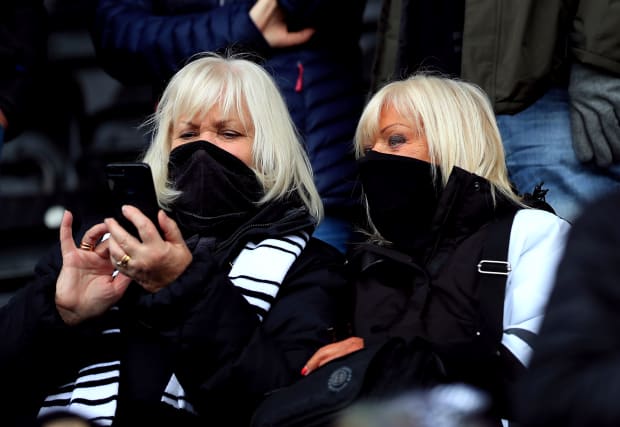 This weekend’s sporting fixture programme has been decimated by the coronavirus outbreak.

Here, the PA news agency takes a look at the sports in the UK in which fixtures and events actually took place on Saturday.

Notts County leapfrogged Yeovil into third place in the National League with a 4-0 home win against Eastleigh as six of the 12 scheduled matches were played.

Promotion hopefuls FC Halifax lost 1-0 at home to Ebbsfleet in an evening kick-off, with Gozie Ugwu scoring the only goal to boost his side’s survival hopes.

In National League North, five fixtures were postponed, including overnight leaders York’s home game against Altrincham, but second-placed Kings Lynn failed to take advantage as they lost 1-0 at home to Guiseley.

Six matches went ahead and there were home wins for Spennymoor and AFC Telford, while Brackley Town, Curzon Ashton and Farsley Celtic all won on the road.

All 11 scheduled fixtures were played in National League South, with leaders Wealdstone drawing at Chippenham and there were victories for promotion chasers Havant & Waterlooville, Weymouth and Bath City.

Glasgow Rocks extended their lead at the top of the British Basketball League table on Saturday by winning 89-71 at Bristol Flyers.

Derbyshire opened their pre-season tour in Zimbabwe with a 48-run T20 victory against a Select XI in Bulawayo before announcing they had cancelled the trip and would be returning to the UK on Monday.

Leus du Plooy hit an unbeaten 79 off 51 balls for Derbyshire to help them reach 174 for five before restricting the hosts to 126 for eight.

Cornish Pirates won 30-13 at Ampthill to climb to within a point of second-placed Ealing Trailfinders in the Greene King IPA Championship and Coventry moved up to fourth after winning 35-26 at Doncaster.

Nathan Aspinall beat Brendan Dolan 8-4 in the final of the seventh Players Championship event of the season in Barnsley after knocking out world number one Michael Van Gerwen in the quarter-finals.

Aspinall, who defeated Van Gerwen 6-1 in the last eight at the Metrodome, overcame Danny Noppert 7-3 in his semi-final, while Dolan cruised past James Wade 7-1. World champion Peter Wright lost 6-1 to Derk Telnekes in the last 16.

World number one Judd Trump was among those not to withdraw from the Gibraltar Open, but the tournament has been overshadowed by coronavirus precautions.

The event was played behind closed doors at the Europa Point Sports Complex, while matches on the outside tables did not have referees and players were forced to re-spot the colours for their opponents.

England’s Marcus Ellis and Lauren Smith missed out on a place in the mixed doubles final at the All England Open Championships in Birmingham.

Ellis and Smith lost their semi-final 21-15 21-23 21-11 to Indonesia’s Praveen Jordan and Melati Daeva Oktavianti, who will play Thailand’s Dechapol Puavaranukroh and Sapsiree Taerattanachai in Sunday’s final.

The league announced on Saturday night that Monday’s game between Loughborough Lightning and Saracens Mavericks at Loughborough University will be played behind closed doors.

Teenager Caroline Dubois won her opening bout of the Boxing Road to Tokyo Olympic qualifying event at the Copper Box Arena, beating Ala Staradub of Belarus on points.

The 19-year-old London-born lightweight, named BBC Young Sports Personality of the Year in 2019, will face Rio 2016 bronze medallist Mira Potkonen from Finland in the next round.

British super-heavyweight Frazer Clarke was handed a walkover after his opponent, Italy’s Clemente Russo, was forced to withdraw due to an abdominal problem.

Bayern Munich to return to training on Monday