Michael O’Neill: Different challenges in club and country roles but no conflict 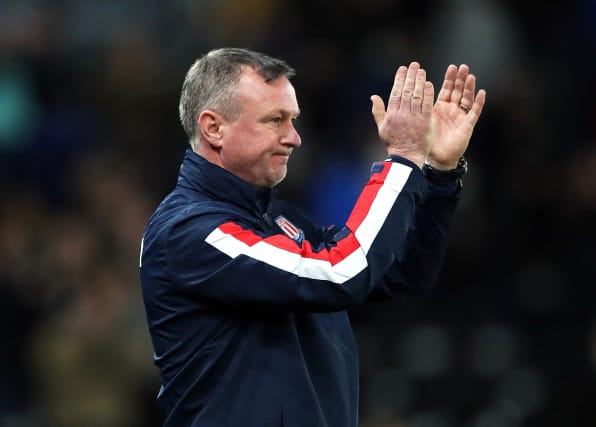 Michael O’Neill insists he has had no trouble balancing the demands of Stoke and Northern Ireland over the past four months but admits returning to club football has required an adjustment.

O’Neill was named Stoke boss in early November, but remained in charge of Northern Ireland in order to see out the Euro 2020 qualification process – though the coronavirus now means it is highly unlikely their play-off semi-final against Bosnia and Herzegovina will go ahead as planned on March 26.

That may yet prolong O’Neill’s juggling act, but after eight years in charge of the Green and White Army he says he has the systems in place to make it a smooth process.

“There has not been anything that has the equation of ‘It’s Northern Ireland or Stoke’,” O’Neill said.

“There is nothing that has conflicted, to be honest, and I kind of knew there wouldn’t be because I knew that if I delegated well within the staff, trusted their views and opinions that it was manageable.

“November to March is the quietest part of an international manager’s calendar and that has coincided with the period I’ve been in charge here.

O’Neill has been known for his acute attention to detail with Northern Ireland, but given the intense schedule of the Championship, translating that to club football has not been easy.

“That’s been the most challenging thing for me because I try to be as detailed as possible in my preparations and sometimes in the Championship there isn’t time,” said O’Neill, who was Shamrock Rovers boss before taking the Northern Ireland job.

“We always had little points targets in international football – ‘Let’s see if we can get six, seven points out of these games or nine if possible’ – and that would set you up for the remainder of the campaign. It’s much more difficult to do that.”

O’Neill appears to be succeeding however. When he took charge of the Potters they sat bottom of the Championship with only two wins from 15, but O’Neill has won 10 of his 22 games in charge to move them three points clear of the drop zone.

“The situation we found at Stoke, coming in when the club was bottom of the table, we needed to progress things, get in a position where we could survive,” he said. “We’ve done that now and we need to continue for the remaining nine games.”

The coronavirus outbreak may well now have a say on when and how O’Neill’s Northern Ireland reign comes to an end.

He would not rule out remaining in charge for the Euros themselves if the Green and White qualified, but with the timetable for the tournament up in the air there are more questions than answers at present.

But whenever, O’Neill does walk away he will do so with pride.

“I didn’t want a fanfare or a lot of honours,” he said. “What I can look back on is eight years of a lot of hard work.

“We had a very difficult time at the start to try and turn things around, it was a slow-burner, it was never going to happen overnight.

“I’ll take away the memories of France 2016 and the qualification. For a lot of people France was their first opportunity to see Northern Ireland in a major tournament and we’ve got the chance to do that again.”