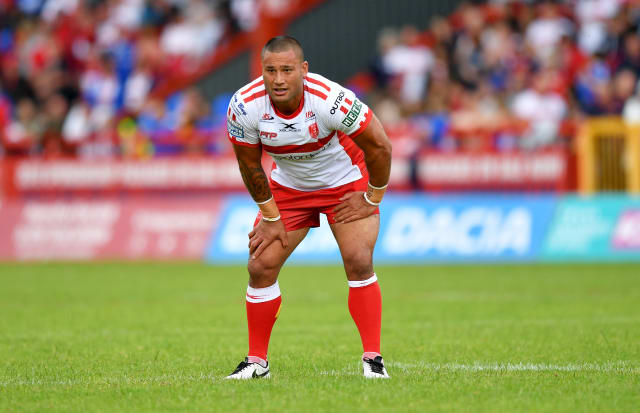 Leigh will be looking to take advantage of Hull KR’s woes by claiming a Super League scalp in the fifth round of the Coral Challenge Cup on Sunday.

The Centurions pushed Rovers all the way in the corresponding game in 2019 before eventually going down 14-10 and go into Sunday’s tie on the back of four straight wins in the Championship that have lifted them to second in the table.

“It’s a game we’re really looking forward to,” said coach John Duffy. “We will have to prep well but it’s a good chance for us to see where we’re at as a team.

“Obviously Hull KR are playing in Super League week-in, week-out so it’s up to our lads to see if we can step up and play at that pace.”

Hull KR, who lost to eventual winners Warrington in the quarter-finals last year, are on a losing five-match run and have seen Matty Storton, Rob Mulhern, Will Maher, Greg Minikin and Joe Keyes added to their lengthy injury list after their bruising defeat at Wigan.

The club are also waiting for their latest signing, Nathaniel Peteru, to receive his visa but coach Tony Smith is able to welcome back Adam Quinlan, Weller Hauraki and Dean Hadley.

“It’s the usual case of a few more faces missing this weekend but the good news is that we will hopefully have three experienced professionals back in our ranks,” said Smith.

“We’ve certainly needed a bit more experience out on the park and Adam, Weller and Dean will bring that for us.”

The game at Craven Park is one of five fifth-round ties on Sunday. Sheffield Eagles host Workington, Dewsbury go to Newcastle Thunder, Widnes are at home to Swinton and Rochdale visit York.

The sixth round draw, which will include holders Warrington and the rest of the top eight Super League clubs from 2019, will take place in New York on Monday.