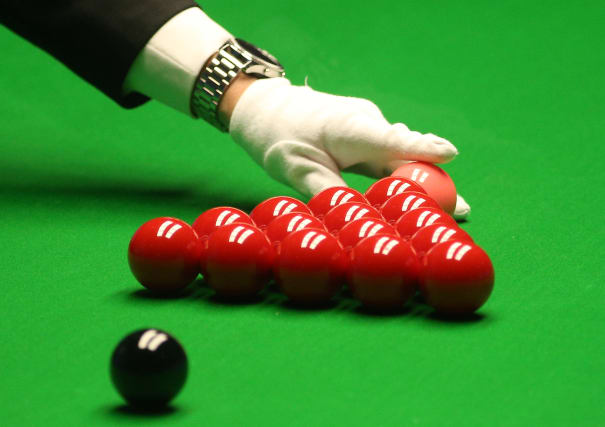 Coronavirus precautions made for unusual playing conditions at snooker’s Gibraltar Open, with some matches taking place without referees.

The event is one of the few in Europe not postponed this weekend after Friday saw a widespread shutdown due to fears over the virus.

Crowds at new venue the Europa Sports Complex were initially capped at 100 – defending champion Stuart Bingham joked in an interview with sponsors BetVictor on Friday that the lack of sporting action elsewhere “probably put a few more bums on seats”.

The decision was taken on Saturday morning to play behind closed doors instead following consultation with Gibraltar’s government, though, meaning the likes of world number one Judd Trump took to an empty arena.

Of more concern to players, though, was the lack of referees on certain tables – with players instead retrieving balls from the pockets for each other.

World number 76 Alfie Burden posted several tweets about the situation on the tables away from those used for feature matches on Eurosport and its streaming service.

Citing concerns about germs as the coronavirus pandemic spreads, Burden – whose win over Ian Burns had a referee – insisted he would “categorically refuse” to perform the task if asked by tournament organisers.

Adding to the sense of confusion, Bingham revealed in the same interview that he had been unaware of the change of venue until told by someone at his hotel the evening before his first-round win over Gerard Greene.

He has since been eliminated by Ben Woollaston but Trump opened his challenge with a 4-0 whitewash of Lee Prickman, a coach for the Gibraltar Snooker Association.

Kyren Wilson, Mark Williams and Thepchaiya Un-Nooh were among those to join Woollaston in the last 16.