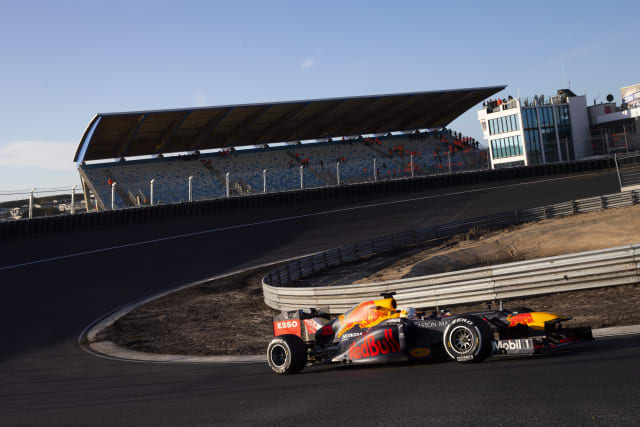 The coronavirus outbreak continues to affect the world of sport with the Dutch Grand Prix set to be the next race pulled from Formula One’s schedule, the PA news agency understands.

There were conflicting messages as to when the new F1 season might start after this weekend’s curtain-raiser in Australia was cancelled, with subsequent races in Bahrain, Vietnam and China postponed.

F1’s governing body, the FIA, issued a statement to indicate the campaign could get under way at the beginning of May – in time for the race in Holland.

F1, however, said the end of May is now the target. And it is understood that the Dutch round, scheduled for May 3 will be postponed. Official confirmation is expected at the start of next week.

It is hoped that the Zandvoort race, which returns to the calendar after an absence of 35 years, could be moved to August, with the sport’s traditional summer break scrapped.

The Spanish Grand Prix, due to take place a week after the race in Holland on May 10 is also set to be called off. It is unclear whether it will be rescheduled.

The majority view of the sport’s travelling circus is to delay the campaign until the Azerbaijan Grand Prix, pencilled in for June 7, at the earliest, with the possibility of as many as 18 races crammed into six months. However, the situation remains fluid with huge uncertainty around the long-term impact of Covid-19.

Other sports have been further affected by the pandemic as well.

On-loan Wolves striker Patrick Cutrone is one of two more players at Fiorentina to test positive for the virus.

Italy is one of the worst-hit countries for the coronavirus and was among the first to suspend its domestic football.

England’s tour of Sri Lanka was postponed on Friday and captain Joe Root believes that was the only option after admitting players could no longer focus on cricket due to fears over coronavirus.

He told the PA news agency: “There was an element of relief. The right decision has been made.

“You could see looking at the players that their minds were elsewhere thinking about people back home. Now that we can go and look after families and be with loved ones that’s put a lot of guys at ease.

“It was clear it was getting in the way of performance and affecting the mental well-being of the guys.”

The ODI series between Australia and New Zealand has also been postponed following tighter travel restrictions imposed due to the coronavirus outbreak.

The Black Caps lost the first game in Sydney by 71 runs on Friday, a contest played without spectators at the Sydney Cricket Ground.

Two further matches were due to take place at Sydney and Hobart, but the New Zealand team will now be heading home.

British football continued to be affected by the pandemic on Saturday as well, with several National League games being postponed, including Barnet v Yeovil, Bromley v Chorley and Woking v Dagenham and Redbridge.

Despite an unprecedented peacetime move in which the Football Association, the Premier League, the English Football League, FA Women’s Super League and FA Women’s Championship have all agreed to call a halt to competitive action with immediate effect until early April, the National League has decided to continue with its schedule.

And, while five games have now been cancelled, the remaining six fixtures were still scheduled to take place on Saturday.

Friday’s suspension of football competition followed positive tests for Arsenal boss Mikel Arteta and Chelsea forward Callum Hudson-Odoi, with several other clubs reporting members of their playing and coaching staff were self-isolating as a precaution after experiencing symptoms consistent with Covid-19.

It remains to be seen what the future holds for the Premier League and the EFL, and whether those leagues will actually be completed this season.

Wales v Scotland became the fourth match of the 2020 Six Nations season to be postponed, and Sunday’s Premiership Rugby Cup final between Sale and Harlequins was also called off after a member of the Quins’ support staff showed flu-like symptoms.

The London and Manchester Marathons were both postponed – the former put back from April 26 to October 4.