Climbing, games and dogs – how the world of sport passed the time on Saturday 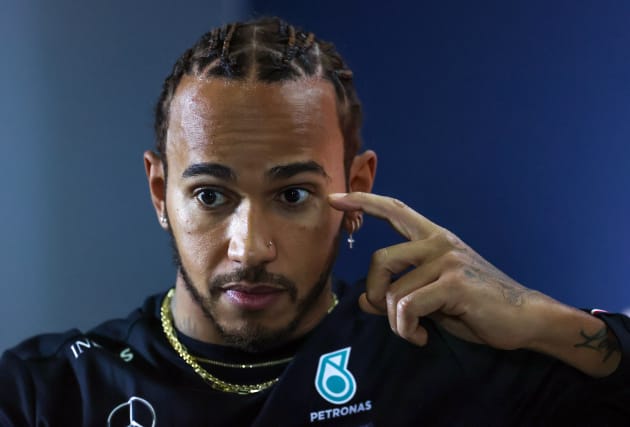 The world of sport was forced to make alternative plans on Saturday after the coronavirus pandemic put many fixtures and events on hold – so what did the athletes get up to instead?

Monaco midfielder Cesc Fabregas was among those who took to social media to stave off the boredom.

The former Arsenal and Barcelona man asked his followers for television recommendations, and received more than 12,000 responses.

“Since we have to stay at home for some time and my wife doesn’t allow me to have more kids (for now), what series do you guys recommend that have more than 4 seasons at least?” Fabregas tweeted.

One Twitter user suggested crime drama Ozark, but the pass master responded: “I started it but I don’t really like it”.

Elsewhere, there were no prizes for guessing how Inter Milan forward Alexis Sanchez spent his spare time, sharing pictures and video of himself and his dogs on Instagram.

Over in La Liga however, Real Madrid legend Sergio Ramos was focused on staying fit, pounding the treadmill in anticipation of football’s return.

It wasn’t just the players who had to keep themselves entertained – spare a thought for the social media staff at a loose end.

Southampton and Manchester City filled the time by playing out a game of noughts and crosses, for which the Saints requested some form of reward from the Premier League.

“An intriguing tactical battle comes to an end. One point please, @premierleague,” the @SouthamptonFC account tweeted after the tie.

At Leyton Orient the club got the fans involved in a game of Football Manager, offering them the chance to vote on selection, tactics and other decisions in a virtual rendition of their postponed League Two game at Bradford City.

The fans voted in their hundreds for substitutions and more, but saw their team lose 1-0 to the home side.

Watford also used Football Manager to simulate their postponed game against Leicester City – the virtual result was a 1-1 draw despite the Hornets going down to 10 men.

“This isn’t even real and we still haven’t won,” one disappointed fan wrote.

It wasn’t just footballers who had to fill some time however, with the Australian Grand Prix called off before the season could get going in earnest.

McLaren driver Lando Norris found a novel way of racing anyway, announcing he would take part in #NotTheAusGP, an online race set to take place on Sunday between professional racers and top gamers.

“Racing in Australia but not actually in Australia,” Norris tweeted. “Lights out at 17:45 GMT on @Twitch.”

For Lewis Hamilton, the answer to a weekend of ruined plans was to hit the climbing wall.

“Gutted to not be qualifying today,” he tweeted. “I decided to stick around Melbourne and go indoor rock climbing. It’s a great way for me to keep focused.

“I just wanted to say thanks to all of you who have been sending me such positive messages. Hope you are all staying safe.”

In the world of rugby, Anthony Watson probably thought he would be donning the England shirt to see if his team could win the Six Nations against Italy.

With fixtures postponed, he was reduced to arguing about radio stations on social media.

But surely the most impressive bored athlete of the weekend was Austrian golfer Matthias Schwab.

The 25-year-old shared a video of himself on a cycling machine while simultaneously competing in a racing video game.

“Making the most of the forced time off,” he tweeted.