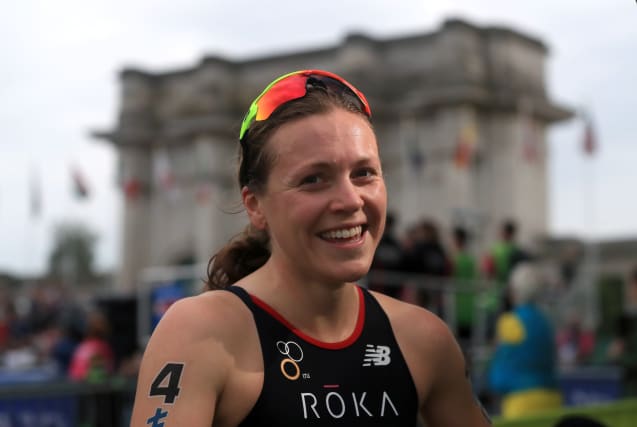 Britain’s Vicky Holland claimed victory in the Mooloolaba World Cup in Australia – the final triathlon event until May.

Shortly after Holland, the 2016 Olympic bronze medallist, crossed the line, World Triathlon announced the suspension of all races and activities until the end of April.

That includes what should have been the second World Triathlon Series race of the year in Bermuda next month – the first race in Abu Dhabi had already been postponed because of the coronavirus outbreak – and could have implications for Olympic qualification.

Holland, the 2018 world champion, is well placed to be part of the British team in Tokyo this summer and she showed her class in a strong field, pulling away from British team-mate Georgia Taylor-Brown on the run to claim victory.

Holland said on triathlon.org: “On paper this was a World Cup race and not a World Series race but this race means a lot more than that because of the current climate and because we don’t know when the next race will go ahead.

“I wanted to see how my winter’s training has gone because I have done a lot of work on the swim-bike and I felt they were both pretty solid today.

“I haven’t really started my full run training yet and I am probably about 60-70 per cent on volume so I am over the moon with that result.

“I didn’t think I would run that well but I got the bit between the teeth and I thought I would have a dig and I came out on top.”

Taylor-Brown held on for second ahead of Australia’s Ashleigh Gentle while Britain’s Ben Dijkstra was fourth in the men’s race, which was won by New Zealand’s Ryan Sissons.

Regarding the suspension of racing, World Triathlon president Marisol Casado said: “This is a decision that is hard to take, and you can have my word that we are taking it with the health and safety of athletes, coaches, officials, facilitators, staff, volunteers and spectators, all the triathlon family, as the top priority.

“We are taking this decision convinced that we all have to take our part to prevent and stop the spread of the virus.

“It is our responsibility as a society. And having our athletes, coaches, officials and staff travelling around the world at this challenging time is not something that we in World Triathlon are willing to risk.”