What financial impact could the coronavirus outbreak have on football? 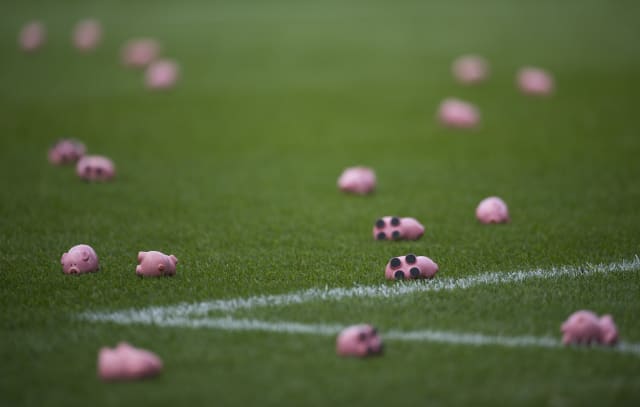 With top-level English and Scottish football suspended until April 3 at the earliest because of the coronavirus pandemic, clubs, their employees and related businesses all face an uncertain few weeks.

Here, the PA news agency puts some key questions to leading football finances expert Kieran Maguire on what to expect.

Outside the Premier League, who will feel the pinch most?

Two thirds of the clubs in the EFL are losing money, and therefore are reliant on owner contributions on a regular basis. My concern now is the owners might be reluctant to pay the money across. Also many of the owners are local businessmen who are running their own companies and themselves will be suffering financial distress as a result of COVID-19. They might be struggling to pay their regular staff because they have lost orders or not been able to fulfil contracts.

So are any clubs likely to go under because of a lack of cashflow?

Historically those owners have been subsidising the football club out of the proceeds of their own business. If their own business starts to struggle, which is what happened at Bury last year, then you can easily see that situation being repeated on a more regular basis, given that the clubs are living from hand to mouth and relying on these owner handouts.

The Premier League earns billions from broadcasting deals – why not just share it all around?

In the most recent Premier League accounts, they had over £1.5billion cash sitting on the balance sheet. I appreciate that money is allocated to be distributed to the members, but if the Premier League says ‘well as an act of good faith towards the football community, we are going to give £250,000 to each club in League One and League Two’, it would cost them £12million. Now that would not buy them a reserve full-back (in a Premier League team), but it would buy time – and that is the most important thing.

But why should the Premier League prop up the rest of the pyramid financially?

It could be done on a gratis basis – just to say ‘well, we are going to help out the lower league clubs’ or it could be done on the basis of an interest-free loan. It would be saying ‘we are living through exceptional circumstances and we feel we have a responsibility towards the wider football community to be seen to be showing leadership and solidarity with those clubs’.

How will the shutdown impact bookmakers?

So what about all the businesses which rely on fans’ hard-earned cash?

There will be an impact on the hospitality and tourism industry, to a far greater extent than it will on football. As somebody who works in Liverpool, I talk with the local Chamber of Commerce, the people at local hotels. If Liverpool are playing at home, they have a huge football fanbase so every hotel on a Friday and Saturday night is full when there is a match at Anfield. That means that there are going to be job losses in those particular industries, because they tend to have many part-time staff.

If the Premier League season is eventually called off and teams are relegated without playing all the fixtures, could they sue?

Certainly clubs will be taking legal advice. The difference between a Premier League broadcasting deal, which is worth a minimum of £100million a season, to the £7m you get in the Championship is so significant that I think clubs would be foolish not to explore all options, including making a litigious appeal.

:: Kieran Maguire is a senior teacher in accountancy at the University of Liverpool’s Management School and author of ‘The Price of Football: The Finance and Economics of the Beautiful Game’