Timeline of sport’s response to coronavirus on Friday, March 13 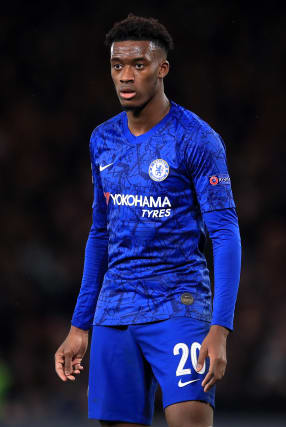 Sport continued to be hit by the coronavirus outbreak on Friday with more events cancelled and further individuals forced to self-isolate as the virus spreads.

Here, the PA news agency takes a look at how the day unfolded.

1.28am – Chelsea confirm England international Callum Hudson-Odoi has tested positive for coronavirus with the full first-team, coaching staff and a “number” of backroom staff entering self-isolation as a result.

8.06am – Leeds Rhinos opt not to travel to Perpignan for their Betfred Super League clash against Catalans Dragons after a member of their squad showed symptoms of coronavirus, with the game being postponed.

8.36am – The English Football League confirmed they would hold a meeting on Friday to discuss the ongoing situation.

9.10am – Peterborough owner Darragh MacAnthony tweets that one of his players is self-isolating and says he and manager Darren Ferguson do not want to travel to Bolton for their Sky Bet League One match scheduled for Saturday.

9.15am – FIFA president Gianni Infantino and Dr Tedros Adhanom Ghebreyesus, the director-general of the World Health Organization release a joint-statement declaring that: “All sports bodies must be ready to follow national guidance, based on thorough risk assessments, to stage safe events or take other required actions that protect the health of fans, players, coaches and the broader communities.”

9.31am – Everton announce their entire first-team squad and coaching staff have entered a period of self-isolation after a first-team player reported symptoms.

9.46am– Ligue 1 and Ligue 2, the top two divisions in France, are suspended until further notice in response to the COVID-19 outbreak.

10.07am – UEFA announce all Champions League and Europa League fixtures scheduled for next week are postponed, as well as the quarter-final draws for both competitions.

10.10am – England’s upcoming Test series against Sri Lanka is postponed with the touring players returning home, the ECB announces.

10.15am – Bournemouth announced five of their employees, including goalkeeper Artur Boruc, were self-isolating having displayed symptoms consistent with the virus.