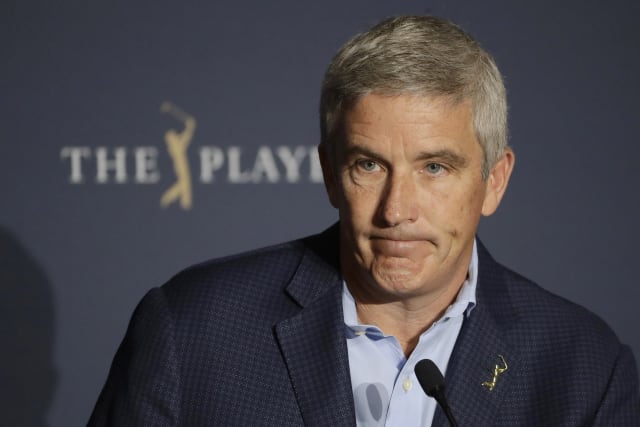 The PGA Tour has defended its decision to call off the Players Championship when it did and not sooner.

Commissioner Jay Monahan said the organisation realised action had to be taken amid the coronavirus pandemic when two Florida theme parks, Disney World and the Universal Orlando Resort, closed.

The Tour called off its flagship tournament at Sawgrass as the first round drew to a close on Thursday.

Earlier in the day tournament organisers had said the final three rounds would be played behind closed doors.

That was as a number of other sporting organisations, including Major League Baseball, the NBA and NHL, were moving quickly to postpone their events.

Speaking at a press conference streamed on pgatour.com, Monahan said: “When you look to that moment in time where you have two theme parks located between Jacksonville and Tampa cancel, to me that really was the final thing we heard that said, ‘Even though we feel we have a safe environment and we’ve done all the right things, we can’t proceed’.”

As well as the Players, the Tour has cancelled tournaments for the next three weeks. As things stand, the next event on its calendar is the US Masters from April 9-12.

“On Wednesday night I got a text that the NBA had suspended play but we felt, at that point in time, we had taken all the right steps and we were comfortable playing.

“Relating to fans we had taken a number of precautionary steps (but on Thursday) we quickly determined we were not going to have fans Friday and through the weekend.

“I was really proud of the plan we had in place but any time you make a change to a decision you originally made there is an element of ‘we could have done that earlier’.

“But for me I am very comfortable we made the right decisions at the right times over the course of the week.

“It was a hard decision, gut-wrenching. This is our Super Bowl. This is the biggest event of the year for us.”

The Players will not be rearranged and Monahan added that 50 per cent of the prize money (USD 7.5million) would be shared out equally among the participants.