Newcastle encourage players to work on fitness away from training ground 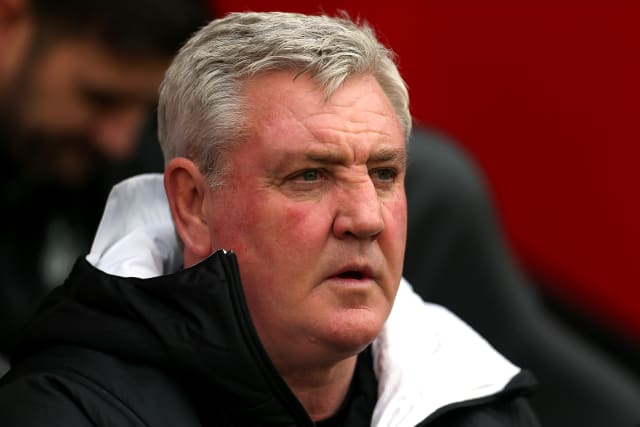 Newcastle’s players will be told to stay at home and work on personal training programmes during the Premier League shutdown.

Head coach Steve Bruce has revealed the club had already drawn up a contingency plan for any suspension of the league programme as a result of the coronavirus outbreak when the governing bodies acted on Friday after Arsenal boss Mikel Arteta and Chelsea midfielder Callum Hudson-Odoi had tested positive.

Bruce, who had earlier spoken to journalists at his scheduled 8.45am pre-match press conference ahead of Saturday’s now-postponed clash with Sheffield United, said: “We’ve set the personal programmes in place, they’re ready to go.

“I think that’s what the doctors of all the clubs are recommending. Up until yesterday, we thought we were fine (to play this weekend), but when the news broke (about Arteta), it was obvious the situation had changed.

“Once we heard about that, and Leicester and now Chelsea, we knew things had moved on.

“We’ve been talking about what will happen if everything is suspended for two weeks, four weeks. The plan would be for the players to go away with their own individual programmes, to take them away from here, because we are on top of each other.

“There are 70 or 80 of us in quite a confined space. If one of them got infected when they were away from the training ground and then came back in, clearly that would be an issue. It’s so contagious, apparently.”

Newcastle’s cosmopolitan squad includes players from Slovakia, Argentina, Sweden, France, Spain, Switzerland, the United States, Ghana, Senegal, Algeria, Austria, Paraguay, Brazil and Japan, but they are unlikely to be allowed to travel back to their native countries during any extended lay-off.

Bruce said: “The disease is here. It’s in France, Italy, wherever, but it’s also here now. The players’ well-being will be paramount, but they’ve also got to think about the well-being of their families too.

“I’ll be guided by the medical advice and a chat with our doctors, but whether you stay in this country or go abroad, you run the risk.”

Players undergoing treatment for injuries are still expected to report to the club’s Darsley Park training headquarters, which was treated last weekend in an attempt to protect the players and staff as medics stepped up already stringent anti-infection measures.