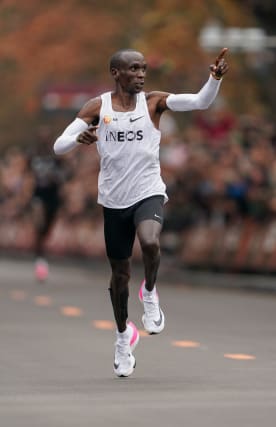 The London Marathon has been postponed due to the coronavirus outbreak, organisers have announced.

The 40th edition of the race, which was due to take place on April 26, will now be held on October 4.

The decision comes after a number of other high-profile sporting events, including marathons in Paris and Boston, were called off amid ongoing concerns during the Covid-19 pandemic.

Event director Hugh Brasher said: “The world is in an unprecedented situation, grappling with a global pandemic of Covid-19 and public health is everyone’s priority.

“We know how disappointing this news will be for so many – the runners who have trained for many months, the thousands of charities for which they are raising funds and the millions who watch the race every year.

“We are extremely grateful for all the support we have received from City Hall, the London boroughs of Greenwich, Lewisham, Southwark, Tower Hamlets, the City of Westminster and the City of London, Transport for London, the emergency services, the Royal Parks, BBC TV and many others as we worked to find an alternative date.

World record-holder Eliud Kipchoge and Kenenisa Bekele were among the men’s elite names due to take part, as was women’s record-holder Brigid Kosgei.

British Athletics announced it would organise a separate marathon to act as a trial ahead of the summer’s Olympic Games in Tokyo.

“Following the postponement and rescheduling of the Virgin Money London Marathon, British Athletics can confirm that we are planning to stage a marathon trial specifically for the Tokyo 2020 Olympic Games,” a statement read.

“We are looking at 25-27 April, and the event would be held in a closed location, with limited numbers.”

The news comes after the Boston Marathon was also postponed, joining races in Paris and Barcelona that had also been affected.

The Boston race, originally scheduled for April 20, will now be run on September 14.