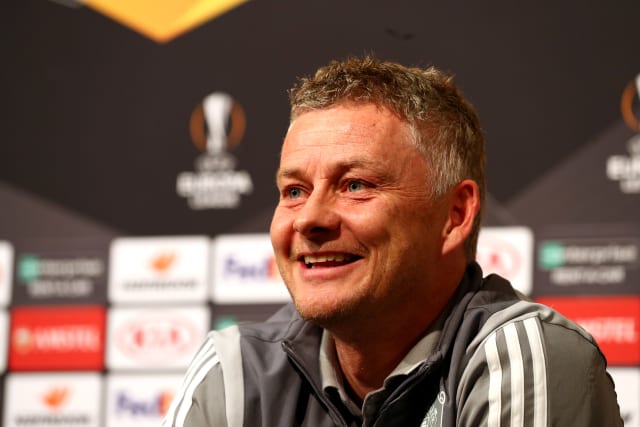 Manchester United’s professionalism and cutting edge pleased Ole Gunnar Solskjaer as LASK were swatted aside in front of empty stands in the Europa League.

Thursday’s last-16 first leg clash was played behind closed doors in front of just 500 people as Austria, like all countries, attempts to deal with the coronavirus pandemic.

The surroundings in Linz could hardly have contrasted more with Sunday’s victory against rivals Manchester City at a bouncing Old Trafford, but United did not let their standards drop in this strange situation.

“The boys were fantastic,” Solskjaer said at Linzer Stadion.

“I think they deserve a lot of credit and praise for the way they went about the job.

“There was loads of quality in our finishing, some fantastic goals and some football we should be proud of.

“It was easy (to keep the team focused) because these players are very focused.

“They know what they want, so there was no doubt in my mind that we were going to do well.

“After the warm-up, Michael (Carrick) and Kieran (McKenna) came to me and said that the boys were really, really good in the warm-up. Focused.

“I have to praise them, they are very professional.”

Solskjaer said coaching in a near empty ground was “strange” and hopes “it doesn’t happen too often”, but the evolving coronavirus situation means, at the very least, more matches are set to be played behind closed doors.

It is unclear whether next Thursday’s return fixture at Old Trafford will even be able to go ahead, with UEFA hosting a meeting of European football stakeholders about Covid-19 on Tuesday.

Put to him this accomplished win in Linz might ultimately count for nothing, Solskjaer said: “Well, you know for us it counts because we know what we can do and we’re still improving.

“It’s not that what matters. For us it’s to just see the improvement of the team, the players, the group together. That was vital enough for this game.

“If something is decided that we don’t want in the tournament (we will see), but we’ll just have to wait for the outcome of the meetings.”

There is no doubt United will progress to the quarter-finals if and when the tournament continues after a win kickstarted by Ighalo’s moment of magic.

It was the fourth goal in three starts since his surprise January loan switch from Shanghai Shenhua, leading to talk of a permanent summer move.

“Odion has done really well when he’s come in and he’s enjoying himself,” Solskjaer said.

“He will improve and get better, but he has qualities that we saw in him that we needed and we’ll still need those qualities for next season so let’s see what we do.”