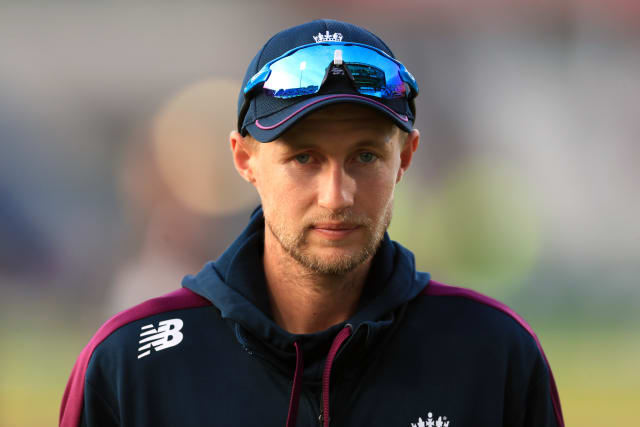 England’s tour of Sri Lanka has been postponed due to the coronavirus pandemic, with the England and Wales Cricket Board citing “completely unprecedented times”.

The decision was confirmed while Joe Root’s side were in the field at Colombo’s P Sara Oval, contesting a warm-up game for a two-Test series that was in the process of being written off by decision-makers back at Lord’s.

Discussions had been ongoing between the ECB and Sri Lanka Cricket, leaning on guidance from the High Commissions of both countries as well as the Foreign and Commonwealth Office.

The prospect of the two-match series going ahead as planned had looked highly improbable given the number of global sporting events being removed from the calendar, but when the news came it was rubberstamped with enough hurry that a handful of deliveries were bowled in the middle before word got through to the teams.

Root had been aware that developments were gathering pace for several hours and was waved from the field a couple of minutes before the final drinks break on day two. He spoke to head coach Chris Silverwood and also conversed with Ashley Giles, managing director of the England men’s team, via mobile phone.

He then passed the news to his team-mates during the break in play and departed the field alongside the umpires and batsmen.

A statement from the England and Wales Cricket Board read: “Due to the Covid-19 pandemic worsening globally, and after discussions with Sri Lanka Cricket, we have today made the decision to return our players to the UK and postpone the forthcoming Test series between Sri Lanka and England.

“At this time, the physical and mental well-being of our players and support teams is paramount. We will now look to bring them home to their families as soon as possible. These are completely unprecedented times, and decisions like this go beyond cricket.

“We would like to thank our colleagues at Sri Lanka Cricket for their outstanding support and assistance throughout this situation. We look forward to returning to Sri Lanka in the very near future to fulfil this important Test series.”

It is understood the ECB had considered postponement a day earlier but were privately surprised at the nature of the political advice offered on Thursday. In the end a placeholder statement was issued that did little beyond confirming that the tour would continue “at this stage”.

Squad members had taken note of the growing disruption at home and abroad and some were understood to be unsettled by the idea of persevering with games in Galle and Colombo, with family considerations paramount.

As a group they were willing to try and keep their focus on cricket but the Professional Cricketers’ Association adopted a sterner position on their behalf.

In a statement to PA news agency, the PCA were circumspect, stating only that: “The PCA is part of a health advisory group that has been formed by the ECB, which includes medical experts on how to deal with the coronavirus.”

The decision came in good enough time to prevent the vast majority of fans travelling to Sri Lanka boarding their flights. At one stage up to 5,000 were expected with a minimum of 2,000 ready to travel over the weekend despite uncertainty.

Given the UK’s status such a large group could have posed a public health threat to Sri Lanka, who would otherwise have welcomed the boost to a tourism industry hit by last Easter’s terror attacks.

Chris Millard, managing director of the official Barmy Army tour group, said: “We are extremely disappointed that the tour has been called off but we are not surprised by the decision.

“The question will now be how do the thousands of travelling fans recoup all of their money spent on this tour?”

England have made it clear they intend to fulfil the two matches, which form an official part of the inaugural World Test Championship, with January 2021 the likeliest available window.

Ben Stokes had earlier been withdrawn from the match after experiencing abdominal pain at the team hotel, but the ECB was keen to stress that his discomfort had nothing to do with the coronavirus.

“To be clear, this is not a viral issue or linked to COVID-19,” said a statement.