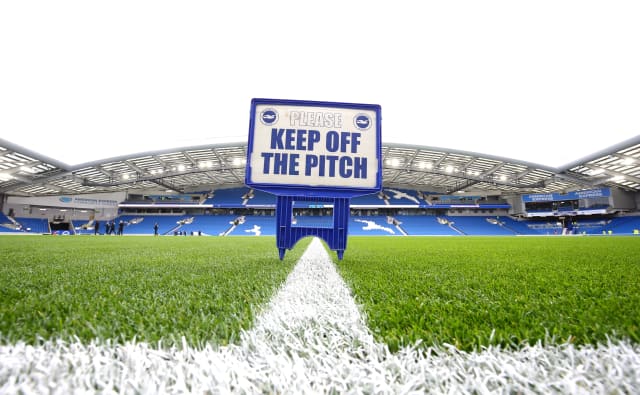 Top-level football competitions in England, Scotland, Wales and Northern Ireland have been suspended due to the coronavirus pandemic in an unprecedented peacetime move.

The Football Association, the Premier League, the English Football League, FA Women’s Super League and FA Women’s Championship have all agreed to call a halt to competitive action with immediate effect until early April.

The Scottish Football Association and the Scottish Professional Football League issued a joint statement saying all football in that country was being suspended until further notice. In Wales and Northern Ireland, the domestic and grassroots season has been put on hold until April 4 at the earliest.

The England cricket team have cut short their tour of Sri Lanka, while the year’s first golf major, the Masters, has been postponed, following the cancellation of the Players Championship event in Florida this week.

The Wales v Scotland Six Nations rugby union match, which had been the only one of the original three ties due to be played this weekend still standing after games in France and Italy had been called off earlier, has now been postponed.

Formula One races in Bahrain and Vietnam this month and next have been cancelled, following on from Thursday’s announcement that the season-opening race in Australia this coming weekend had been called off.

Government advice on mass gatherings in England and Wales has not changed despite the decision on Thursday to move into the ‘delay’ phase in tackling the virus, but the spread of the illness among competitors has forced the hand of organisers.

It is understood discussions will take place as necessary between the Department of Digital, Culture, Media and Sport (DCMS) and HM Treasury on any support that might be required for the sport sector as a consequence of the pandemic.

The final day of the Cheltenham Festival went ahead as scheduled, but elsewhere the story has been one of unprecedented disruption.

Organisers of domestic football competitions will keep their plans under constant review as the spread of the virus develops.

Friday’s suspension of competition followed positive tests for Arsenal boss Mikel Arteta and Chelsea forward Callum Hudson-Odoi, with other clubs reporting members of their playing and coaching staff were self-isolating as a precaution after experiencing symptoms consistent with Covid-19.

The outcome of next Tuesday’s meeting of European governing body UEFA may provide the English and Scottish leagues with some wriggle room. If a decision is taken to postpone Euro 2020 until the summer of 2021, it creates the possibility of domestic competitions being completed in June and even July if necessary.

The meeting on Tuesday will also look at how, if at all, the Champions League and Europa League competitions can be completed.

Dropping down to single-leg ties could be one option to speed the competition up on a one-off basis, but UEFA will be keen for its member associations to complete their domestic competitions so that there is no knock-on impact to the 2020-21 Champions League and Europa League.

On Friday morning UEFA announced all of next week’s Champions League and Europa League ties had been postponed, with competing teams affected by the virus itself and by travel restrictions imposed because of it.

The FA cancelled England’s international friendlies against Italy and Denmark later this month, while the Football Association of Wales called off the match against Austria on March 27.

The Premier League statement talked about its aim being to reschedule the displaced fixtures, but for both it and the EFL there may in the next month be issues to be faced in the event of no further action being possible for the foreseeable future to do with promotion and relegation, and European qualification.

In Italy, where competition has been suspended until April 3 at the earliest, a meeting will take place on March 23 to discuss what to do in the event of the season there being unable to finish.

The idea that the league table as it stands right now being the ‘final’ one opens up the prospect of legal challenges from affected clubs, but the focus from the competition organisers on Friday was ensuring the health and well-being of all involved in the first instance.

In the EFL in particular, the inability to play further matches would have a major financial implication too, with matchday earnings a vital source of revenue.

During his 2020 Budget, Chancellor Rishi Sunak announced a package of £12billion to offer financial support for public services and businesses impacted by Covid-19.

The players’ union, the Professional Footballers’ Association, welcomed the move, saying: “We have been in regular dialogue with both the leagues and have communicated direct concerns from PFA delegates and senior players on behalf of their respective squads. The leagues shared these concerns.

“Collectively the stakeholders have made a decision based on the safety and welfare of players, club staff and fans.”

The Football Supporters’ Association chief executive Kevin Miles said: “Matchdays are a central part of a supporter’s life but this is an unprecedented public health emergency and public safety has to come first.

“The decision to suspend fixtures until April reflects the seriousness of the situation. Fans should heed the advice of health experts.”