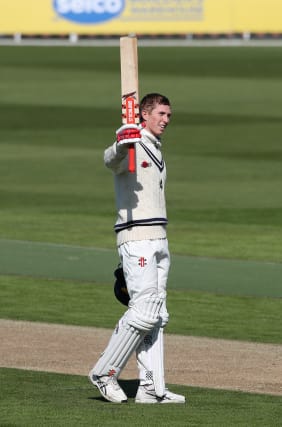 Opener Zak Crawley continued his impressive run of form in Sri Lanka, registering England’s first century of the tour on day one against a President’s XI in Colombo.

Crawley, fresh from scores of 43 and 91 against an SLC Board XI, stepped things up a notch against a home side containing several capped internationals.

The 22-year-old made 105 in 145 deliveries, scoring 11 fours and looking entirely at ease setting the tone of the innings which reached 209 for three by tea.

It was only the fourth first-class hundred of the Kent batsman’s career, but the rapid nature of his development over the winter suggests there could be plenty more to come in England whites.

After winning the toss, Joe Root will have been pleased to see Crawley and Dom Sibley settle into their work with an opening stand worth 103.

Sibley was always the junior partner, unable to replicate Crawley’s fluent drives against the new ball or his controlled aggression against spin, but dug in for 37. He fell shortly before the lunch break, brilliantly caught at leg-slip flicking off-spinner Ramesh Mendis off his pads.

Joe Denly had a trickier stay, making an unpersuasive 26 at number three before feathering slow left-armer Prabath Jayasuriya behind on the cut. Denly had already been hit on the helmet without scoring, as well as offering half-chances at bat-pad and fine-leg early in his stay.

A score of 175 for two became 179 for three when Crawley was finally beaten, bowled by paceman Mohamed Shiraz. That left Root (18no) and Ollie Pope (16no) the chance to enjoy an extended stay in the middle in the final session.