Timeline of sport’s response to coronavirus on Thursday, March 12 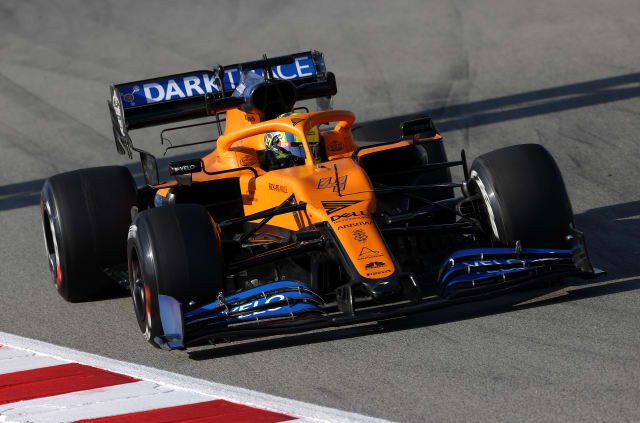 The impact of the coronavirus outbreak on the sporting calendar grew on Thursday as a host of governing bodies took action to prevent the further spread of the virus.

Here, the PA news agency takes a look at how the day unfolded.

9.34am – The Danish football federation says in a statement that it expects the friendly against England at Wembley later this month to be cancelled.

10.25am – EuroLeague Basketball announces it has suspended its competitions until further notice due to the outbreak, while the sport’s international governing body FIBA suspends its competitions from Friday onwards.

11.08am – LaLiga announces it has suspended “at least the next two rounds of matches” as a result of Real Madrid players being told to go into quarantine following a positive test for a member of the club’s basketball team.

11.27am – McLaren withdraw from the Australian Grand Prix after a member of staff tests positive for coronavirus.

12.37pm – First Minister Nicola Sturgeon tells the Scottish Parliament she will recommend the cancellation of gatherings of more than 500 people from Monday.

1.18pm – UEFA announces it will convene an emergency meeting next Tuesday, where discussions will include the future of all domestic and European competitions, plus Euro 2020.

2.00pm – The Slovakian football association formally asks UEFA to postpone the Euro 2020 play-off semi-final against the Republic of Ireland.

2.06pm – Brendan Rodgers says a number of Leicester players – later confirmed to be three – have shown symptoms of coronavirus and have been “kept away from the squad”.

2.28pm – The International Olympic Committee releases a statement reaffirming its commitment to delivering the Tokyo Games this summer on schedule.

2.32pm – The ATP announces a six-week suspension of the men’s professional tennis tour due to “escalating health and safety issues”.

3.35pm – The International Tennis Federation, which runs the lower tiers of the professional game as well as the junior and senior circuits, follows the ATP by announcing there will be no tournaments on any of its tours until April 20 at the earliest.

3.38pm The Professional Darts Corporation cancels the Premier League double-header in Rotterdam on March 25 and 26.

3.58pm – The PGA Tour announces the Players Championship will continue without spectators on site from Friday onwards.

3.58pm – Wales’ international match with the United States, which was scheduled for March 30 in Cardiff, is postponed.

4.00pm – Manchester City announce their Champions League fixture at home to Real Madrid, scheduled for Tuesday, has been postponed.

4.05pm – PA understands the Australian Grand Prix has been postponed.

4.20pm – The Guinness PRO14 season is suspended in response to the outbreak.

4.34pm – The International Cricket Council announces the final two one-day internationals between India and South Africa will be played behind closed doors.

5.06pm – Horse Racing Ireland announces that, starting at Dundalk on Friday, racing in Ireland will be closed to the public until March 29.

5.20pm – The Football Association of Ireland announces that all football under its jurisdiction will cease with immediate effect until March 29.

5.25pm – Prime Minister Boris Johnson says the government is keeping the cancellation of sporting events “up our sleeve” to reduce the burden on public services.