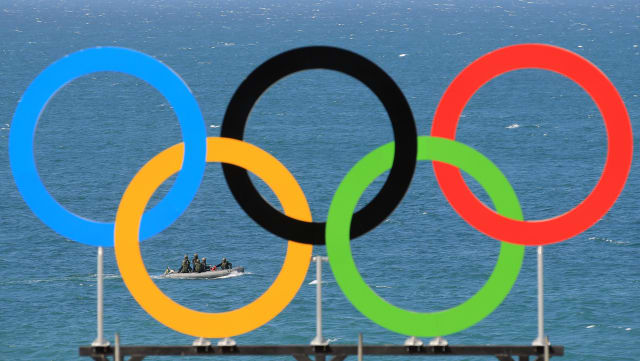 The Olympic flame was ignited in Greece on Thursday amid increasing speculation over whether the Tokyo 2020 Games will take place as planned.

Options such as postponement or cancellation, or even staging the Games behind closed doors, have been mooted as ways of combating the threat of coronavirus.

Here, the PA news agency examines the potential scenarios for the months ahead.

What is the coronavirus situation in Japan?

As of Thursday morning, 627 coronavirus cases have been reported in Japan, plus a further 696 cases from the Diamond Princess cruise ship, and 23 have died.

Almost all schools have been closed in the country, and additional measures have been taken in Hokkaido, including Sapporo, host city for the Olympic marathon, which has reported the most infections.

Currently, nationals from China and South Korea must be quarantined for 14 days upon arrival in the country.

Will the Games be cancelled?

No decision is expected until at least late May. That is the time-frame proposed by IOC member Dick Pound for when a decision would have to be made. Ultimately, it will be based heavily on World Health Organisation (WHO) advice. But for the moment, officials are persisting with a bullish tone.

Tokyo 2020 president Toshiro Muto said on Thursday that the Games will go on, and even elicited an apology from an executive board member who had suggested it could be delayed.

And IOC president Thomas Bach insisted cancellation had not even been discussed at last week’s executive board meeting in Lausanne.

Could the Games be postponed?

In many respects this is the least likely scenario, given the enormous logistical issues it would produce.

A delayed Games would cause havoc with each sport’s international schedules, not to mention the television schedules of companies like NBC, who are in the midst of a multi-billion-dollar rights deal.

Housing built for athletes and other visitors in Tokyo will, by the time of any re-arranged Games, be contracted to private tenants. A delay of two years is highly unlikely – anything less seems inconceivable.

What about staging them behind closed doors?

Some see hosting the Games without fans, who already have 4.5 million tickets, as a necessary last resort designed to minimise the financial damage – estimates in Japan suggest that cancellation would wipe 1.4 per cent off the country’s GDP.

Others question whether, given the need to house around 12,000 athletes in close proximity, it would make much difference.

One of the IOC’s biggest headaches is the number of official qualifying tournaments being cancelled.

Failure to reschedule them in time for the Games would inevitably result in each sport’s international federation being forced to concoct a qualifying formula based on the IOC’s existing quota places, and perhaps bringing in world rankings and recent performances at world and continental championships.

What is the most likely outcome?

While global health officials seem united in the belief that coronavirus will not have magically disappeared by mid-July, there are timid suggestions it could be past its peak.

Given the intimations of the organising committee and the IOC, it would take a near-total lockdown, at the direction of the WHO, for the Games to be cancelled in their entirety.

Much more likely is an as-yet-unspecified, somewhat down-scaled event, from which a number of athletes and/or nations, and perhaps even sports themselves, will be missing. The Games, it seems, will go on.

Bayern Munich to return to training on Monday