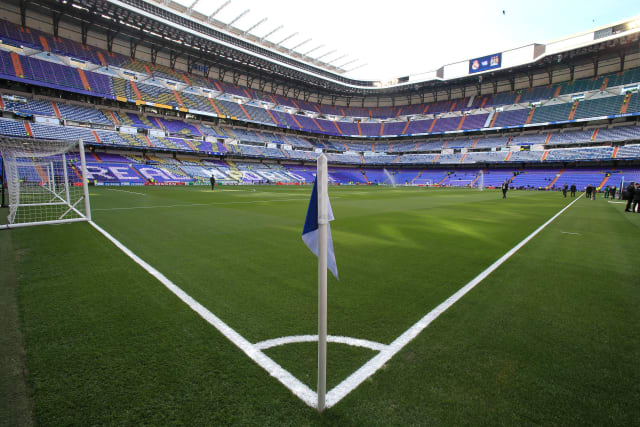 Spain has postponed all LaLiga matches for two weeks after Real Madrid announced that their players have been told to go into quarantine while McLaren have pulled out of the Australian Grand Prix.

Real, who are scheduled to visit Manchester City in the Champions League next week, made the call on Thursday after a member of the club’s basketball team tested positive for coronavirus.

LaLiga said in a statement: “Given the circumstances known this morning, referring to the quarantine established at Real Madrid and the possible positives in players from other clubs, LaLiga considers that the circumstances are already in place to continue with the next phase of the protocol of action against COVID- 19.

“Consequently, in accordance with the measures established in Royal Decree 664/1997 of May 12, [it] agrees to suspend at least the next two rounds.

“The decision will be reevaluated after the completion of the quarantines decreed in the affected clubs and other possible situations that may arise.”

The move makes it almost certain that City’s Champions League second-leg clash against Real next Tuesday in Manchester will be postponed.

Real Madrid said in a statement: “Real Madrid reports that a player from our first basketball team has tested positive after testing for the COVID-19 coronavirus.

“Since then, the recommendation has been made to quarantine both the basketball first team and the football first team, given that the two squads share facilities in Madrid.

“Likewise, it has been decided to close the facilities of our sports city and it is also recommended that all Real Madrid personnel who provide their services in Real Madrid City remain in quarantine.”

McLaren announced they had withdrawn from this weekend’s opening race of the Formula One season after a staff member tested positive for coronavirus.

The team personnel, believed to be a mechanic, was placed in quarantine in Melbourne on Wednesday after reporting symptoms related to the disease.

The Australian Grand Prix is now in doubt with at least four other members of Formula One’s travelling circus also tested for the illness.

A statement from the British team read: “McLaren Racing has confirmed this evening in Melbourne that it has withdrawn from the 2020 Formula One Australian Grand Prix, following the positive test of a team member for the coronavirus.

“The team member was tested and self-isolated as soon as they started to show symptoms and will now be treated by local healthcare authorities.

“The team has prepared for this eventuality and has ongoing support in place for its employee who will now enter a period of quarantine.”

Formula One world champion Lewis Hamilton had criticised his sport’s decision to press ahead with the event.

“I am very, very surprised we are here,” the Briton said.

“It’s great we have races but it’s shocking we are sitting in this room.

“(There are) so many fans there and it seems like the rest of the world is reacting – probably a little bit late.

“We are seeing (Donald) Trump shutting down the borders, the NBA has been suspended, yet F1 continues to go on.”

Meanwhile, the Danish football federation expects the friendly against England at Wembley on March 31 will be cancelled.

The Football Association is following advice from the British Government regarding the staging of sporting events, with the Prime Minister due to lead a Cobra meeting on Thursday.

Ministers are expected to agree at that meeting to move into the ‘delay’ stage of the response against the virus, with 460 confirmed cases in the UK.

Moving to the delay stage would mean social distancing measures could be brought in, such as restricting public gatherings like major sporting events and issuing more widespread advice to stay at home.

England are due to face Italy in a match scheduled for March 27, but with Italy in lockdown it seems hugely unlikely that the game will happen.

Serie A champions Juventus announced on Wednesday night that one of their players, Daniele Rugani, had tested positive for coronavirus.

The domestic season has been suspended until April 3 at the earliest, with Italy the worst-hit country in Europe.

But the news on Rugani may well force the postponement of Juve’s Champions League match against Lyon, due to take place in Turin next week, after the Italian club said it was now implementing isolation procedures for those who may have had contact with him.

Rugani tweeted: “You will have read the news and that’s why I want to reassure all those who are worrying about me, I’m fine. I urge everyone to respect the rules, because this virus makes no distinctions! Let’s do it for ourselves, for our loved ones and for those around us. #grazie”

The Bosnian federation announced on Thursday it had written to European football’s governing body UEFA requesting a postponement of their Euro 2020 play-off match against Northern Ireland, due to take place in Zenica on March 26.

The NBA season has been suspended indefinitely after a Utah Jazz player tested positive ahead of a match against the Oklahoma City Thunder.

Basketball’s world governing body FIBA is suspending all its competitions from Friday onwards, while EuroLeague Basketball is also suspended until further notice.

Manchester United will reimburse supporters who bought tickets through the club to the tune of £350 each to cover travel costs after a decision was taken at short notice by their Austrian opponents LASK to move Thursday’s Europa League match behind closed doors.

Wolves’ tie away to Olympiacos in Athens will also be played behind closed doors. The Greek side’s owner Evangelos Marinakis announced on Tuesday he had contracted the virus, but the game goes ahead after Olympiacos players and staff tested negative.

Marinakis is also the owner of Championship club Nottingham Forest, who announced on Wednesday that all players and officials who had been in contact with the businessman during his visit to the club last week had tested negative for the virus.

Golf’s Players Championship in Florida, often referred to as the sport’s fifth major, is due to start on schedule with spectators in attendance on Thursday.