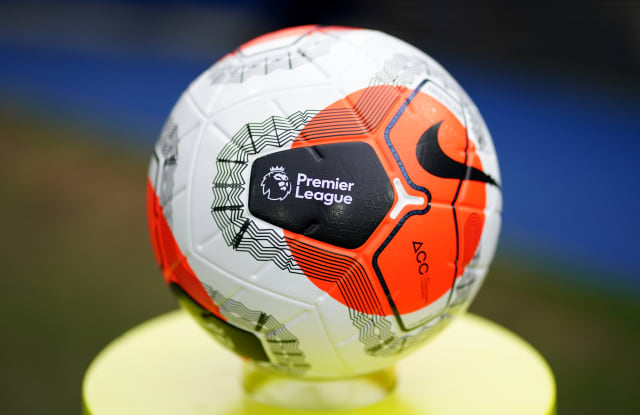 The Premier League and EFL have confirmed that this weekend’s matches will take place as scheduled.

A number of sporting fixtures around the world have been cancelled or forced behind closed doors due to the growing threat of the coronavirus.

The UK government said on Wednesday it is considering banning large public events such as sporting fixtures but will not do so yet.

The English footballing programme will therefore continue as planned. There are seven Premier League fixtures on Saturday, two on Sunday – including Manchester United’s trip to Tottenham – and Everton host rivals and leaders Liverpool on Monday night.

A Premier League statement read: “Following the latest update from Government issued this afternoon, all Premier League matches will go ahead as scheduled this weekend.

“While the Prime Minister advised that all sporting events should take place as normal for now, he also indicated that Government is considering banning major public events, like sporting fixtures.

“We are therefore continuing to work closely with our clubs, Government, the FA, EFL and other relevant stakeholders to ensure appropriate contingency plans are in place as and when circumstances change.

“The welfare of players, staff and supporters is of paramount importance and we will continue to follow Public Health England guidelines thoroughly.”

The EFL has issued a similar statement regarding its fixture list.

It read: “EFL matches will continue to take place as normal while the guidance from the relevant authorities remains that there is no medical rationale to close or cancel sporting events at this time.

“The EFL, however, will continue to work with Government and relevant stakeholders to further develop contingency plans to ensure the League is best placed to act as and when any potential restrictions may come into force.”