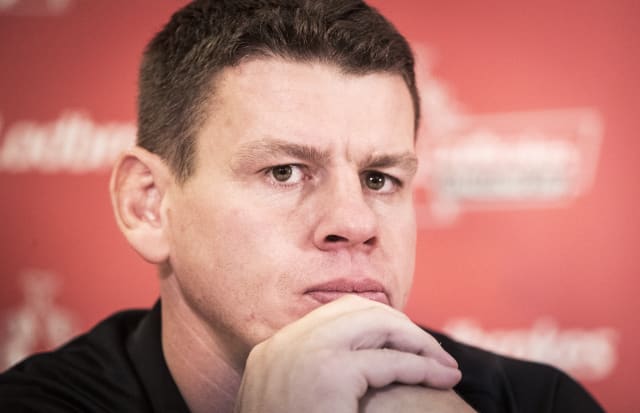 Radford parted company with the Super League club in the immediate aftermath of a 38-4 home defeat to Warrington – their first away win since July 2019.

A statement on the club’s official Twitter account read: “Hull FC can confirm that head coach Lee Radford has parted company with the club.

“The club would like to place on record their immense gratitude for Lee’s hard work, passion and loyalty for the club over the last seven years.”

The 40-year-old former Hull player had been in charge of his home-town club since September 2013 and twice guided the team to victory in the Challenge Cup final at Wembley.

However, the tepid display at the KCOM Stadium on Thursday evening proved to be the final straw for Pearson as Hull fell to their fourth defeat in five league matches.

Pearson stepped in to conduct the post-match interview following the chastening defeat.

He told Sky Sports: “Lee and I have decided to call it a day.

“It was a decision that didn’t rest easily with me but I don’t think we’re going in the right direction at the minute and so we’ve decided to go our separate ways.

“I’d just like to place on record the unbelievable job that he’s done. He’s a loyal guy who works tremendously hard and has put his life into this club for seven years so we’re going to miss him.”

Pearson said the decision was taken as a direct result of Thursday’s performance against the Wolves and revealed assistant coaches Andy Last and Kieron Purtill will take temporary charge.

“Lee is nobody’s fool and I think he realises that certain aspects of that performance are just not acceptable,” the chairman added.

“We’ve got to regroup as a club and as a team and we’re all going to have to pull together.

“Andy Last will take charge of the team from tomorrow morning with Kieron Purtill and we will try to get a few players back and try to go again for Huddersfield.”

Pearson said the search for a new head coach will begin immediately but Last, who has been linked to a job with England, and Purtill, who joined from Widnes at the end of last season, will be given the opportunity to press their claims for the role.

“We will obviously be doing the usual research and due diligence and we’ll ask Andy and Kieron over the next three or four weeks to give us the time we need to bring in the right person.

“That’s the challenge for them in their own right. Hopefully they will go on and win some games but the search starts tonight.”

Warrington head coach Steve Price, who described his side’s performance as “perfect for 79 minutes”, offered his sympathies to Radford.

“I’ve just been told in the sheds what has gone down and you don’t like to see that on anyone,” Price said.

“I have a huge amount of respect for Lee as a rugby league coach, I find him as a really thorough gentleman.

“He’s been great for Super League and won two Challenge Cups at Hull. I feel for him.”