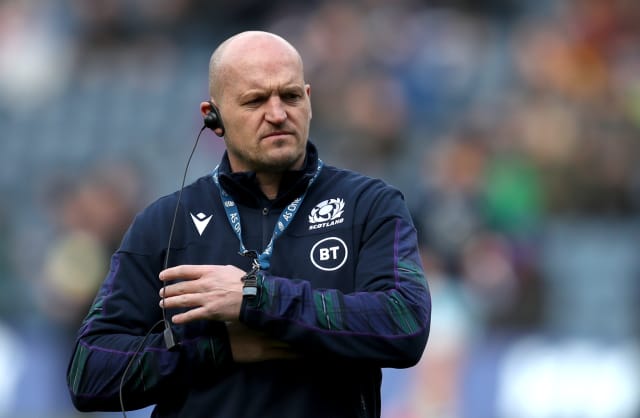 Gregor Townsend says he would be surprised to see Scotland’s final match of this year’s Guinness Six Nations against Wales in Cardiff called off as a result of the coronavirus outbreak.

England’s trip to Italy and the clash between France and Ireland in Paris have been postponed this weekend but, for now, the Dark Blues are preparing to face Wayne Pivac’s team at the Principality Stadium on Saturday.

However, there have been calls for the game to be shelved or played behind closed doors as the UK government prepares to escalate measures designed to combat the virus spreading.

Townsend insists Scotland will follow whatever orders they are given, but still expects to see his team bring the curtain down on their championship this weekend.

He said: “We are at the behest of the policy-makers and so far things have been put in place that the game will go ahead.

“We’ve followed all procedures and protocols regarding contact and washing hands. We hope that we get to play this weekend. We understand if that’s not the case it’s for serious reasons.

“Yes (sport should be secondary to people’s health) and it will be when those decisions are made. I think everyone involved in sport will know if it’s time to either not play the game or play the games behind closed doors, and that’s what we’ll follow.

“Up until then, as a coach and as players, you’ve got to prepare to play a massive game at the weekend. We’re very close to that happening.

“I think my opinion is irrelevant (on whether we played behind closed doors). It’s whether the organisers, Welsh Rugby Union, decide that’s the way they want to go.

“We’ll just prepare as if we’re playing it in front of a full house in a very difficult venue, iconic venue to play a game of rugby, and if anything changes we’ll have to adapt.”

With Scotland’s preparations for the game now going full steam ahead, Townsend admits his men will have to top the displays they put in during their back-to-back wins over Italy and France if they are to celebrate victory in Cardiff for the first time since 2002.

“They are a very experienced team, a very proud nation with an excellent record against us, so this is a huge challenge for us – our biggest challenge that we face this year against a team that will be desperate to do well.

“Are we underdogs? I would have thought so. We’re ranked below them in the world rankings. We’ve not won there for a long time but that’s for (the media) and the bookies to decide.

“The players want to carry on the good work we’ve been doing and also go to a place where they have never won before and play our best game of the season. That’s what we’ll need to beat Wales on Saturday.”