Football authorities to speak with Scottish Government about coronavirus plans 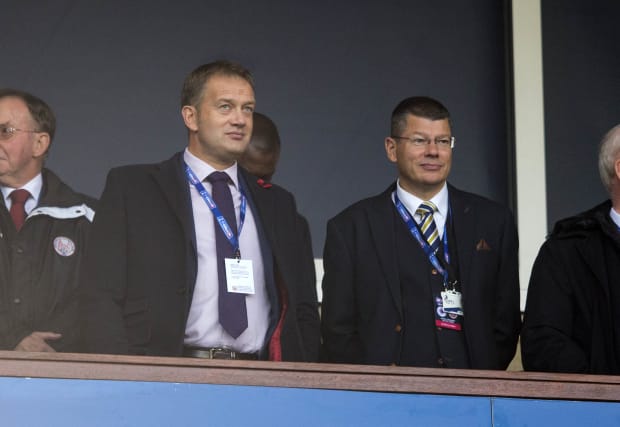 Scottish football authorities will decide on their response to measures to curtail mass gatherings following talks with the Scottish Government.

Nicola Sturgeon announced that large gatherings of more than 500 people that require police or paramedics, or could impact on the health service, would be cancelled from Monday due to the outbreak of coronavirus in Scotland.

The First Minister added that officials would provide more detailed advice on which events it applied to before the start of next week.

The daily talks of the joint response group set up by the Scottish Football Association and Scottish Professional Football League will continue before major decisions are made.

In a statement, SFA chief executive Ian Maxwell and SPFL counterpart Neil Doncaster said: “Following the First Minister’s comments regarding plans to restrict public gatherings from next week, we will enter discussions with the Scottish Government to understand the full detail of their plans and the implications for clubs and national sides.

“For the avoidance of doubt, all SPFL games scheduled for this weekend will be proceeding as planned.

“Once we are in possession of a definitive action plan from the Scottish Government, we will communicate contingency plans as quickly and as accurately as possible to all our stakeholders.”

Some football matches even in Scotland’s top flight are played without a police presence and have private ambulance cover.

A 50,000 crowd gathered at Ibrox on Thursday as Rangers played Bayer Leverkusen but there is no guarantee the Europa League last-16 return leg will take place next week even after the Germans announced a closed-doors policy.

UEFA will hold talks with all member associations on Tuesday to discuss the way forward for all of its competitions including the European Championship.

Scotland’s Euro 2020 play-off semi-final against Israel was due to take place in front of a sell-out Hampden crowd on March 26. But it might not even be played behind closed doors and there is uncertainty over whether the tournament will be held this summer, especially given there are 12 venues including Glasgow.

Scotland’s Guinness Six Nations clash with Wales in Cardiff remains on for Saturday with 74,000 fans expected to attend.

But the Guinness PRO14 season has been suspended. Tournament organisers say a resumption of the campaign would be under “constant review”. Both Glasgow and Edinburgh stated they were “fully supportive” of the decision.

The Scottish Rugby Union postponed Scotland Under-18s’ clash with their English counterparts, which was scheduled for Hawick on Sunday.

Big decisions now will come from the football authorities with games possibly being played behind closed doors or the season suspended as in some European countries.

Celtic captain Scott Brown claimed if the season ended prematurely, “it stays as it is” with his side 13 points clear, and the SPFL will be sure to do everything possible to ensure the campaign ultimately comes to a natural conclusion.

Aberdeen manager Derek McInnes hopes a way is found to finish the season and ensure fans do not miss out.

“I would prefer the fixtures to be played and I think the supporters would,” he said. “But we are here for the supporters, they have paid their money and they want to see the team play.

“There are a lot of meaningful fixtures and a lot to be decided over the next wee while.

“Wherever TV channels become involved or through Red TV and being able to stream it, I don’t know. Supporters want to see their team play.”

Hibernian head coach Jack Ross did not want to offer much opinion on the way forward.

“In all honesty, for me football is not that important at the moment,” he said.  “The thing for us is to deal with the situation accordingly and then football can take care of itself thereafter.”