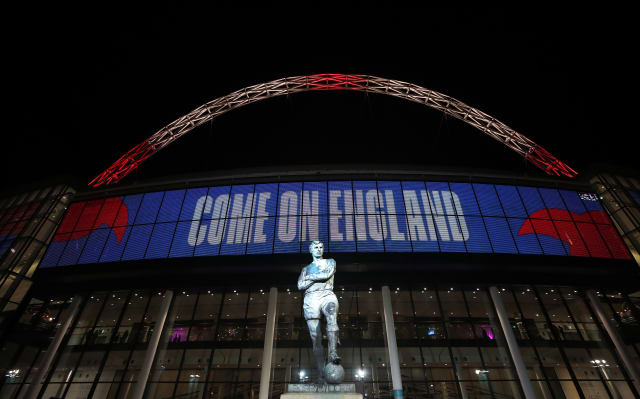 The Danish football federation expects the friendly against England at Wembley later this month will be cancelled as a result of the global coronavirus pandemic.

The Football Association is following advice from the British Government regarding the staging of sporting events, with the Prime Minister due to lead a Cobra meeting at lunchtime.

Ministers are expected to agree at that meeting to move into the ‘delay’ stage of the response against the virus, with 460 confirmed cases in the UK.

Moving to the delay stage would mean social distancing measures could be brought in, such as restricting public gatherings like major sporting events and issuing more widespread advice to stay at home.

In Denmark the government has already made such moves, and a statement issued by the national football association (DBU) said: “The men’s friendly matches against the Faroe Islands in Herning on March 27 and against England at Wembley on March 31 are expected to be cancelled.”

The Danish federation says all domestic football activity will cease until March 29 at the earliest.

England are due to face Italy before they take on the Danes, in a match scheduled for March 27, but with Italy in lockdown it seems hugely unlikely that the game will happen.