ATP tour suspended for six weeks due to coronavirus pandemic 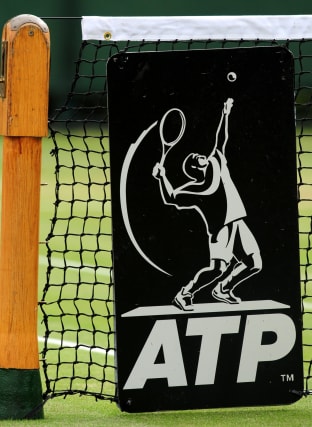 The ATP has announced a six-week suspension of the men’s tour because of the coronavirus pandemic.

News had come earlier on Thursday from the mayor of Miami-Dade County that the Miami Open would not take place, and a statement from the ATP confirmed no tournaments will be held until the end of April at the earliest.

That includes another Masters event in Monte-Carlo along with tournaments in Barcelona, Houston, Marrakech and Budapest.

If the situation allows, the tour will resume with low-key tournaments in Munich and Estoril beginning on April 27, followed a week later by the Madrid Open.

The second grand slam of the year, the French Open, is due to begin in Paris on May 24.

The suspension also includes the current Challenger tournaments in South Africa and Kazakhstan.

Britain’s Jack Draper, who was playing his second-round match in Potchefstroom, was 5-4 up in the deciding set against Germany’s Tobias Simon when the match was halted for rain, and it will not resume.

ATP chairman Andrea Gaudenzi said: “This is not a decision that was taken lightly and it represents a great loss for our tournaments, players, and fans worldwide.

“However, we believe this is the responsible action needed at this time in order to protect the health and safety of our players, staff, the wider tennis community and general public health in the face of this global pandemic.

“The worldwide nature of our sport and the international travel required presents significant risks and challenges in today’s circumstances, as do the increasingly restrictive directives issued by local authorities.

“We continue to monitor this on a daily basis and we look forward to the Tour resuming when the situation improves. In the meantime, our thoughts and
well-wishes are with all those that have been affected by the virus.”

There was profound shock when the BNP Paribas Open in Indian Wells was called off on Sunday on the eve of the tournament.

But such has been the escalation of the crisis that Thursday’s announcements were expected, and the ball is now in the WTA’s court to follow suit, with a number of players questioning why decisive action has not been taken sooner.

The Miami Open, which had been due to start on March 23, is a combined ATP and WTA tournament and is one of the biggest events outside the slams.

A statement from mayor Carlos A Gimenez said: “Miami-Dade County is under a state of emergency, as we deal with the public health threat of COVID-19.

“Although we do not have community spread at this time, we want to take the preemptive steps to keep it that way.

“Therefore, I have decided to suspend the operation of the Miami-Dade County Youth Fair, the Miami Open tennis tournament, the MIA 5K run, and all major events at the American Airlines Arena.

“The March 22 NASCAR race at the Homestead Miami Speedway is postponed at this time. NASCAR officials will decide whether or not to hold the race without fans.”

The ATP statement concluded that it is “carefully reviewing” the situation regarding ranking points.