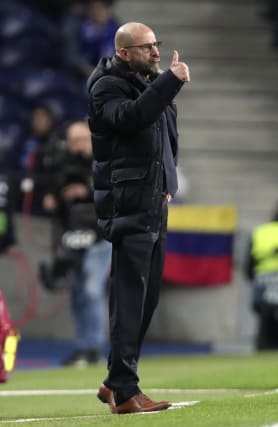 Rangers host Bayer Leverkusen at Ibrox in the first leg of their Europa League last-16 clash this week.

Here, the PA news agency takes a look at the German outfit ahead of Thursday’s game.

Leverkusen have some pretty decent pedigree on the continent following their 1988 UEFA Cup triumph and run to the 2002 Champions League final at Hampden. But they found themselves in a tough spot this term as they were drawn in the same Champions League group as Juventus, Atletico Madrid and Lokomotiv Moscow. They did manage a win in Russia plus another at home to Diego Simeone’s LaLiga giants but four defeats saw them drop into the Europa League, where they took on Porto. Die Werkself went one better than Rangers – who drew in Portugal before claiming a 2-0 win at Ibrox in the group stages – by claiming home and away triumphs as they progressed to the last 16 with a 5-2 aggregate success.

The Germans have a score to settle against Gers dating back 22 years. Leverkusen’s only clash with Scottish opposition came in 1998 as Dick Advocaat’s star-studded Light Blues dumped them out of the UEFA Cup at the second round. Giovanni Van Bronckhorst and Jonatan Johansson struck at the BayArena to hand Rangers a 2-1 first-leg lead, with Johansson grabbing another in the Ibrox return as a 1-1 draw clinched victory.

Dutchman Peter Bosz arrived in Germany as one of Europe’s hottest managerial prospects when he took over at Borussia Dortmund in the summer of 2017 – but he would last just six months at the Westfalenstadion. After a nomadic coaching career, including a stint in Israel, it was Bosz who put the building blocks in place in Amsterdam for the re-emergence of Ajax. He came close to Europa League success, only losing the 2017 final to Manchester United. His high-pressing, high-energy style convinced Dortmund he could bring back the Jurgen Klopp glory days but Bosz struggled to get his ideas across and was axed having won just eight of his 24 games in charge. His shot at redemption came 12 months later as he was hired by Leverkusen.

Kevin Volland tops Leverkusen’s scoring charts this season with 11 goals but the good news for Rangers is that the Germany international has been ruled out for the remainder of the season with an ankle injury. Argentinian Lucas Alario has proved to be a decent enough deputy with 10 strikes himself but Bosz may be tempted to give Brazilian youngster Paulinho a crack at Steven Gerrard’s team. He made his 20million euros move to the Rhineland in the summer of 2018 but it was not until Saturday that he finally made his first start for the club. The 19-year-old, however, proved to be worth the wait as he struck twice in a 4-0 win over Eintracht Frankfurt.

Leverkusen have lost just once since the turn of the year and are currently on course for another Champions League slot after their drubbing of Frankfurt moved Bosz’s team back into the Bundesliga’s top four. Bosz saw his side make a slow start to their domestic campaign as his former employers ran riot with a 4-0 win back in September. But since then Leverkusen have made steady progress, beating Bayern Munich 2-1 at the Allianz Arena in November before getting revenge on Dortmund last month with a 4-3 triumph.