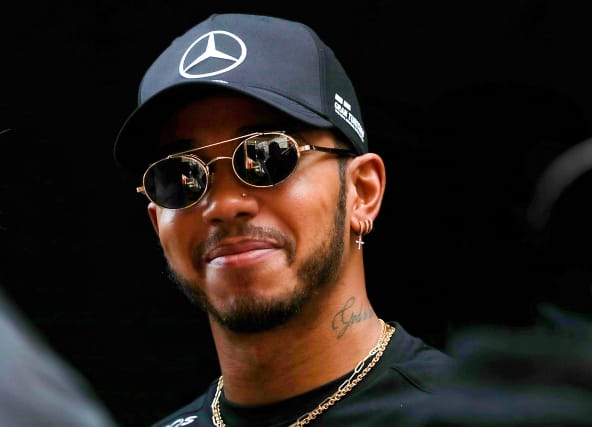 The Formula One season will roar into life this weekend at the sport’s traditional curtain-raiser in Melbourne.

Here, the PA news agency looks at the major talking points ahead of the first race of the new campaign.

Hamilton and his Mercedes team were in high spirits during six days of winter testing in Barcelona and who can blame them? Mercedes posted the fastest lap and completed the greatest number of miles. They have also – quite literally – reinvented the wheel with their dual-axis steering system the envy of the Formula One paddock. Hamilton appears fresh, sharp, as determined as ever, and intent on equalling Schumacher’s title record. We should not forget that the Briton is just seven wins shy of the German’s all-time victory tally, too. Hamilton has the beating of Mercedes team-mate Valtteri Bottas, who could prove his closest championship challenger, over the course of a campaign, so it is little surprise that he starts here as the bookmakers’ favourite.

Despite being just 22, Verstappen is already set to enter his sixth season in the sport. Indeed, with 102 races under his belt, the Dutchman has already competed in three more grands prix than Britain’s triple world champion Sir Jackie Stewart. Verstappen won three times last year, finishing behind only Hamilton and Bottas in the championship, and it is expected he will lead the challenge to end Mercedes’ dominance of the sport. Red Bull are quietly optimistic that their machinery is better equipped this year, and in Verstappen, they have a driver who has the skillset to be a thorn in Hamilton’s side.

Make or break for Ferrari’s Vettel

Such is the extent of Sebastian Vettel’s recent troubles, that it is not an exaggeration to say this could be his final year in the sport. Vettel may have four world championships, and sit behind only Schumacher and Hamilton as the F1 driver with most victories, but he is out of contract at the end of the season. Ferrari have identified Charles Leclerc as their future, recently securing his services until 2024. The Monegasque, 22, finished above Vettel in last year’s standings, while scoring a greater number of wins and pole positions than his more experienced team-mate. The two drivers also endure a fractious on-track rivalry which boiled over in Brazil. If that continues into this season, it would seem unlikely that Ferrari would retain Vettel.

As of Wednesday evening in Melbourne, at least three members of Formula One’s travelling circus were in quarantine after being tested for coronavirus. Two employees of American team Haas, and one from British team McLaren, are self-isolating as they await the results. While sporting events have been postponed or cancelled around the world following the outbreak of Covid-19, which has claimed more than 4,000 lives, F1’s bosses have taken a major gamble to push ahead with this weekend’s race. The Bahrain Grand Prix is also set to go on next weekend, albeit behind closed doors, but there are now significant question marks over the staging of the Vietnamese Grand Prix, which is currently pencilled in for April 5.

Bosses of the seven teams angered by the FIA’s confidential investigation into the engine Ferrari raced with last season will meet in Melbourne on Friday. The teams, which includes Mercedes, Red Bull and McLaren, are dissatisfied with the FIA’s response to their united statement last week in which they demanded to know whether Ferrari bent the rules. The seven team principals will discuss their next plan of attack and have not ruled out taking legal action against the sport’s governing body.