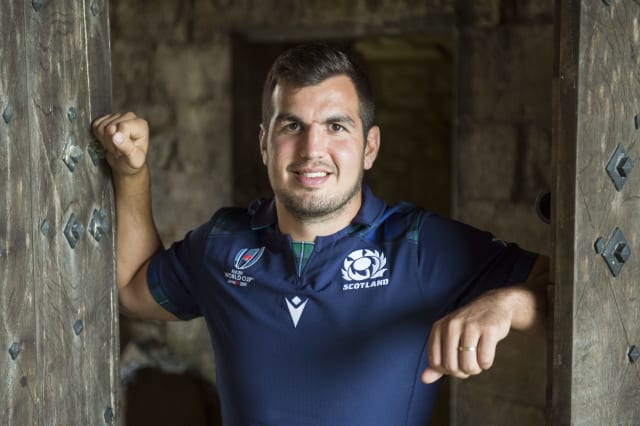 Stuart McInally says Scotland have never had a better opportunity to end their Cardiff hoodoo than Saturday’s Guinness Six Nations clash with Wales.

The Dark Blues have suffered 10 straight defeats at the Principality Stadium since their last win in 2002.

Scotland travel south in buoyant mood after bouncing back from defeat to Ireland and England with back-to-back wins. Italy were kept off the scoresheet in Rome, while France’s Grand Slam ambitions came crashing down at Murrayfield last weekend.

Wales on the other hand have suffered a tough transition from Warren Gatland to new head coach Wayne Pivac, losing to Ireland, France and England.

Now McInally has urged Scotland to take advantage of the Dragons’ slump.

The Edinburgh forward said: “We’ve not won down there in a long time so everyone is really focussed. We know it will be a big challenge.

“We’re in a great place, we’re confident and we’re going to go down there and put our best foot forward.

“Is this the best time to be taking on this Wales team? I think so. Coming off the back of a win is always nice, we always get confidence from not only the way we play but also the result.

“They’re changing their style under their new coaches but they are playing some really exciting rugby and they proved that in the first round when they put 42 points on Italy. We know how dangerous they can be but we’ve got a great opportunity.

“They seem to be playing a lot more with a high phase count when they carry the ball, they go through a lot of phases before they decide to kick.

“They’re a lot more dangerous with the ball in hand, our defence is going to have to be as good, if not better than it has been in this tournament.

“It’s something that we’ve been working hard on and we’re proud of our defensive record so far this tournament but we know we’ll need to be at our best to handle their attack.

“We can still make big strides forward but so far in this tournament it’s been a big positive.”

Townsend’s team are normally known for their attacking flair but so far during this year’s championship it is the gritty defensive efforts that have stood out.

The Scots’ tryline has only been breached four times in their four games so far, with two coming in Sunday’s 28-17 win over France.

Touchdowns at the other end have been just as scarce, however. McInally’s breakaway score to clinch victory over Les Bleus was only the sixth Scotland had managed but the former skipper insists his side are still looking to play on the front foot.

“I feel like we’re playing good rugby – first and foremost that’s how we look at it,” said McInally. “Results are extremely important and we’re very aware of that but we’ve been more pleased with how we’re playing.

“I feel our biggest step forward has been in defence, we’re making it difficult for teams to score. So we need to make sure we keep to that standard against Wales.

“Against France was the best we’ve played this Six Nations definitely. We’ve had a couple of new coaches come in (scrum coach Peter De Villiers and defence coach Steve Tandy) and it’s good to see everyone buying into those structures.

“Our system now is very straightforward. Everyone is now on the same page of exactly what we are doing.

“We still have our focus on attack and Gregor loves to attack, we won’t be substituting any of our attack training for defence training, but we just seemed to be a bit more switched on to what we are doing.”