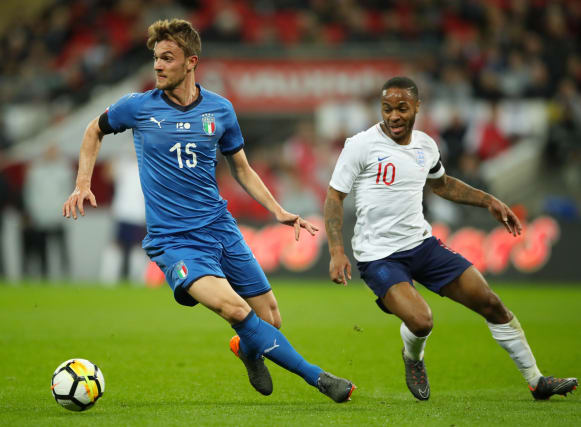 The 25-year-old Italy international, a team-mate of Cristiano Ronaldo, has been placed in quarantine as medics carry out checks on those with whom he has been in contact.

A statement on the club’s official website said: “The footballer Daniele Rugani has tested positive for Coronavirus-COVID-19 and is currently asymptomatic.

“Juventus Football Club is currently activating all the isolation procedures required by law, including those who have had contact with him.”

Rugani has made seven senior appearances to date this season, the last of them in a 2-1 league win at Spal on February 22.

Nottingham Forest’s players and staff were earlier given a clean bill of health after being tested for the virus in the wake of club owner Evangelos Marinakis’ positive diagnosis.

The Greek businessman was in Nottingham last week and attended the Sky Bet Championship game against Millwall.

Forest are due to play Sheffield Wednesday at Hillsborough on Saturday, with the Owls understood to be in dialogue with the visitors and the English Football League, which says it will continue to follow government guidelines and does not plan to postpone matches.

A club statement said: “Nottingham Forest can confirm that all players, staff and officers have been tested for the coronavirus and all results have come back negative.

“Within hours of receiving the news that owner Evangelos Marinakis had tested positive for the virus, the club took swift action to arrange tests for the entire first-team players, staff and officers that came into contact with the owner last week.

“The club will remain in close dialogue with the relevant governing bodies and football authorities to ensure the correct measures are taken.”

Arsenal’s Premier League clash with Manchester City, which had been scheduled for Wednesday evening, has been postponed as a “precautionary measure” after Marinakis, who owns Olympiacos as well as Forest, met Gunners staff and players during a Europa League tie at the Emirates Stadium last month.

Mikel Arteta’s squad is expected to train on Thursday if none of those in isolation begin to show symptoms – and no one involved with the club requires testing for coronavirus – ahead of Saturday’s Premier League trip to Brighton.

Wolves are set to play Olympiacos behind closed doors in Greece on Thursday after their bid to have the Europa League match postponed was turned down by UEFA, much to the consternation of manager Nuno Espirito Santo.

Olympiacos say none of their players or staff have tested positive for the virus.

A club statement read: “Olympiacos informs that after the necessary medical examinations of all members of the football department, managers and staff, the tests came out all negative for the COVID-19 virus.”

Wolves expressed their anger at the game going ahead in a statement, saying: “Our position is that the trip poses unnecessary risks to our players, staff, supporters and the families of all who travel, at such critical and uncertain times.”

The Olympiacos v Wolves match is one of many European ties that will take place without spectators: other include Manchester United’s Europa League game at Austrian side LASK on Thursday, Chelsea’s Champions League clash at Bayern Munich next Wednesday and Rangers’ Europa League tie at Bayer Leverkusen next Thursday.

A Rangers statement said: “Rangers regrets that supporters will have made travel arrangements, but warnings and advice about coronavirus must be followed.

“The German authorities believe this is the correct course of action and Rangers respects their decision not to allow fans into the stadium.”

However, the ties between Sevilla and Roma and Inter Milan and Getafe have been postponed as a result of travel restrictions imposed by the Spanish authorities.

England’s friendly against Italy at Wembley on March 27 is set to go ahead, but Italy’s visit to Germany, where 23-year-old Hannover defender Timo Hubers has tested positive for the virus, will not be open to spectators, and nor will France’s friendlies against Ukraine and Finland.

At least the next two rounds of LaLiga matches will be played behind closed doors, as will games across the French leagues until April 15 and the 25th round of fixtures in Portugal’s top-two leagues, while the French League Cup final has been postponed.

Italy’s Serie A was one of the first leagues to be suspended following the outbreak, and the Italian federation had admitted the season may not be completed.

However, UEFA has confirmed it has received no requests from national associations to postpone the Euro 2020 finals, which start in Rome on June 12 and are to be played across Europe.

Elsewhere, three members of Formula One’s travelling staff members are in self-isolation after being tested for coronavirus ahead of the Australian Grand Prix.

Both British team McLaren and American team Haas confirmed that staff have been placed in quarantine after displaying symptoms.

England’s cricketers have been instructed not to sign autographs or pose for selfies with fans during their Test tour of Sri Lanka in a bid to insulate the squad from the virus, while Surrey have cancelled a pre-season training camp in Dubai.

The International Tennis Federation has postponed the Fed Cup finals, which were due to be held in Budapest next month, while golf’s European Tour schedule has been further disrupted by the postponement of next week’s Hero Indian Open and August’s Czech Masters.