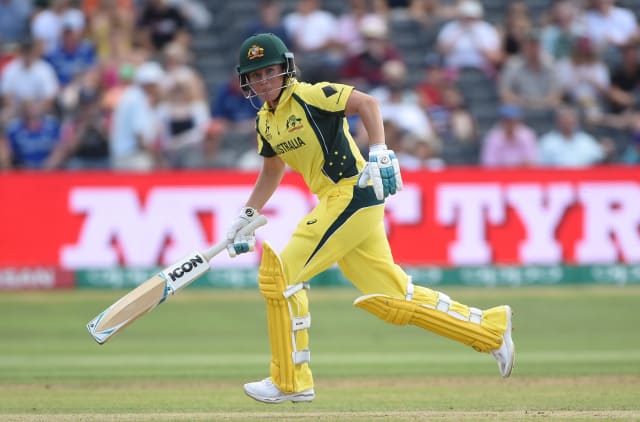 Beth Mooney, the player of the tournament in the Women’s T20 World Cup, will link up with Australia coach Matthew Mott and captain Meg Lanning at Welsh Fire for the inaugural edition of The Hundred.

The England and Wales Cricket Board has announced Mooney, plus fellow Australians Ashleigh Gardner and Nicola Carey and South Africa all-rounders Marizanne Kapp and Chloe Tryon, as the latest internationals to sign up for the event.

Mooney was a pivotal figure in Australia collecting a fifth T20 crown, leading the run charts with 259 at an average of 64.75 and strike-rate of 125.12, including an unbeaten 78 in Sunday’s final against India at the MCG.

In joining Lanning and their fellow Australian Jess Jonassen as the three overseas players permitted in a 15-strong squad, Mooney believes the Cardiff-based side are on a strong footing.

The opener, who is the number one-ranked batter in T20s, said: “I’m really excited to take part in the first season of The Hundred. It looks likes it is developing into a high-quality, world-class competition.

“As head coach, Matthew Mott is building a really strong side at Welsh Fire and I can’t wait to get out there with my new team-mates.”

Seam bowler Carey, another member of the triumphant Australia squad, will unite with compatriot Alyssa Healy at Northern Superchargers.

Kapp will join wife and Proteas captain Dane van Niekerk at Oval Invincibles while Tryon, another of the South Africa squad that reached the T20 World Cup semi-finals, is set for a stint at London Spirit.

Beth Barrett-Wild, the head of the Hundred women’s competition, said: “It’s fantastic to see five more international stars signing up to play in The Hundred this summer.

“We’ve now confirmed the names of 18 overseas players who will compete in the women’s competition, including the likes of Meg Lanning, Suzie Bates, Stafanie Taylor and Lizelle Lee; with six still to go, the standard of cricket is set to be very high.”