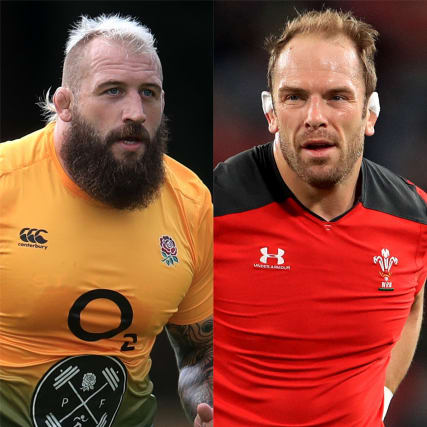 Marler appears before a disciplinary hearing in Dublin on Thursday after being charged with acting against the spirit of good sportsmanship by “grabbing, twisting or squeezing the genitals” of an opponent.

An incident that divides opinion took place in the opening minutes of a 33-30 victory but escalated in gravity when Jones, the Wales captain, voiced his anger that was not reviewed at the time by the TMO.

The offence carries a recommended minimum suspension of 12 weeks and given Marler’s chequered disciplinary record, he could be facing a substantial ban.

Care, his England and Harlequins team-mate, insists the 29-year-old prop was acting out of mischief rather than malice in attempt to wind-up his 2017 Lions colleague.

“It’s contextual. If Wales win that game, I don’t think it’s as big an issue as it is,” Care said.

“Alun Wyn Jones’s reaction after the game is probably that of a disappointed and angry Alun Wyn Jones. And that was a way to take a bit of that anger out. That’ll be my penny’s worth.

“You could see there was no malice in it, it’s a joke between two old team-mates. But I can understand why people have seen it the wrong way – you don’t want to see kids seeing that. It was in a rugby environment and it happens a lot.

“I have never seen a case like this before and we’ll all be interested to see what happens.”

“Obviously we’d like to see Joe play as many games as we can for Harlequins for the rest of the season, he’s a great player. We’ll have to see what happens.”

The reaction provoked by Marler’s latest stunt is polarised between those who see it as a minor prank by one of the sport’s most colourful characters and the view that it has no place on a rugby field no matter the intention.

“Being in the rugby environment and knowing Joe, it’s one of those things that happens a lot,” Care said.

“I’ve lost count of the number of people who have touched my genitals in a game of rugby. I don’t see it as a big deal.

“Obviously it’s been blown up because it’s in an international game, England v Wales, and we haven’t seen that many cases like this before. And if Joe Marler’s name is involved it intensifies because of who he is.”

Harlequins head of rugby Paul Gustard, speaking ahead of Sunday’s Premiership Rugby Cup final against Sale, has called for perspective over the incident.

“The furore over this incident doesn’t seem to be mirrored in the same amount of media coverage and people talking about the French kid (Mohammed Haouas against Scotland on Sunday) that could have broken someone’s jaw with a punch,” Gustard said.

“Or a vicious tackle with no arms. Or whatever. That’s the frustration for me because the safety of players is paramount.”

Marler’s England team-mate Courtney Lawes faces the same disciplinary panel in the Irish capital having been cited for a dangerous tackle on Jones.

Manu Tuilagi’s automatic hearing following a red card for a dangerous tackle on George North is also being heard.