5 of the greatest Champions League comebacks 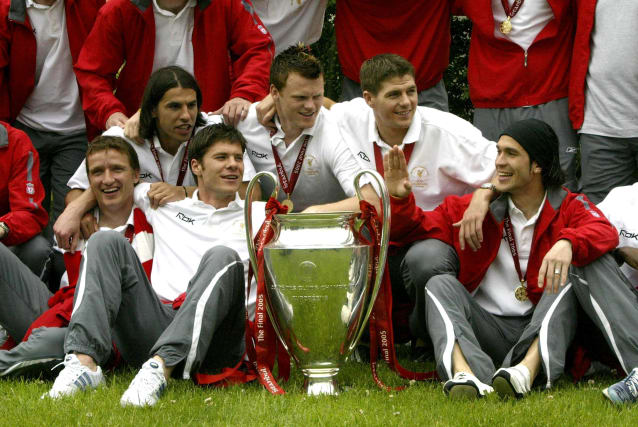 Liverpool staged one of the greatest comebacks in Champions League history last season when they beat Barcelona to reach the final.

Jurgen Klopp’s team must overturn a first-leg deficit again on Wednesday night against Spanish opposition – this time Atletico Madrid – although they head to Anfield just 1-0 down.

Here the PA news agency looks at some of the best comebacks in Champions League history.

Liverpool’s stunning 4-0 win over Barcelona at Anfield last season put Klopp’s side into the Champions League final and into the history books with one of the greatest comebacks in the history of the competition. No side had previously come back from such a margin at the semi-final stage of the Champions League before, and Liverpool had to do it despite the absence of star forwards Mohamed Salah and Roberto Firmino. To round it all off, they went on the lift the European Cup for a sixth time in the club’s history by beating Tottenham in the final.

The semi-final victory over Barca ranks only as Liverpool’s second best ever Champions League comeback, because the first entry on the list – the Miracle of Istanbul – came with the trophy. Rafael Benitez’s men were dead and buried at half-time as they trailed 3-0 to AC Milan, a side filled with some of the greatest names in European football. Paulo Maldini had opened the scoring in the first minute before Hernan Crespo’s brace. But everything changed in the space of six mad minutes in the second half as Steven Gerrard, Vladimir Smicer and Xabi Alonso scored before the hour mark to level the game. Liverpool took it to extra time and penalties, when Jerzy Dudek pulled out the dance moves and Andriy Shevchenko missed the decisive spot-kick.

However his spell in charge works out, Ole Gunnar Solskjaer and Manchester United will always have this night in Barcelona. Chasing an historic treble, Sir Alex Ferguson’s side looked to have run out of steam in the Champions League final as they trailed to Mario Basler’s sixth-minute goal. Ferguson threw on Solskjaer and Teddy Sheringham as time ran down, and it paid off in some style. Sheringham levelled in the first minute of stoppage time before Solskjaer prodded in a winner two minutes later.

Milan, the defending champions and tournament favourites, thrashed Deportivo 4-1 in the first leg of their quarter-final tie and seemed set for a cruise into the last four. But Deportivo pulled off a performance for the ages in the second leg. Walter Pandiani opened the scoring in the fifth minute, Juan Carlos Valeron got a second in the 34th minute and Albert Luque made it 3-0 a minute before the break. Milan seemed certain to respond but mustered nothing, and Depor’s club captain Fran sealed the comeback in the 76th minute.

Barcelona have been here before, and only a year ago. After a 4-1 win in the Nou Camp, they went to Roma looking certain of a place in the semi-finals. But it all went wrong for the Catalans inside the Stadio Olimpico. Edin Dzeko struck early to give Roma confidence and Daniele De Rossi added a second from the penalty spot just before the hour to set up a tense finish. Barcelona could not find the goal they needed and Kostas Manolas’ 82nd-minute header sent them out of the competition.

Of course, they have seen the other side too. The Catalans suffered a shock 4-0 defeat to PSG in the French capital in the first leg of their round of 16 tie – a result which was assumed to be PSG’s coming-of-age moment in a competition they had been built to win. Without an away goal, Barca were given little chance of turning things around. They began well, with Luis Suarez scoring after just three minutes, but it took until five minutes before the break for a second to follow through Layvin Kurzawa’s own goal. Lionel Messi’s penalty made it 3-0 in the 50th minute but when Edinson Cavani netted for PSG just after the hour the odds seemed against Barca. Instead, a most remarkable finish followed. Neymar scored in the 88th and 91st minutes, the second from the penalty spot, before Sergi Roberto scored in the fifth minute of time added on to spark wild scenes. PSG’s response was to splurge £200million on Neymar in the summer.