Neil Jenkins highlights the importance of discipline in Test rugby 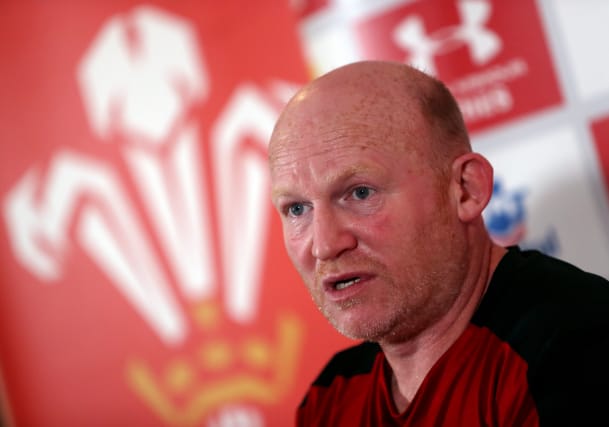 The Guinness Six Nations, badly hit by the coronavirus outbreak that has seen three games postponed, will be adjourned – probably until next season – after this weekend’s clash between Wales and Scotland.

The remaining fixture still goes ahead as scheduled following a volatile fourth round of Six Nations action at Twickenham and Murrayfield.

England prop Joe Marler courted major controversy after he grabbed Wales captain Alun Wyn Jones’ genitals during the first half of a game that England won 33-30.

Marler was subsequently cited by the independent match commissioner under World Rugby’s law relating to the “spirit of good sportsmanship.”

The Harlequins forward faces a disciplinary hearing in Dublin on Thursday, when he could hit with a lengthy ban.

Asked for his view on the Marler incident, Jenkins said: “From my perspective, the independent citing commissioner is dealing with that.

“It’s not what we want in the game, but it is what it is. They will deal with it in the right manner, and I’ve no doubt about that.”

Lawes was cited for a dangerous tackle on Jones, while Tuilagi received a red card following a high challenge on Wales wing George North.

And there was another flash-point during Sunday’s clash between Scotland and France, with Les Bleus prop Mohamed Haouas being sent off for punching Scottish flanker Jamie Ritchie.

Jenkins, though, does not believe that weekend events reflected an overall decline in rugby’s standards as a sport.

“You have to understand when these Test matches are played there are 15 players on either side that are right on the edge,” he said.

“You have to keep your discipline among it all as it can affect your team’s performance.

“Rugby is incredibly tense, physical and unforgiving, and Saturday was the same. The bigger picture is keeping your discipline.

“You can’t afford yellow and red cards. Their (France’s) prop got sent off on Sunday, and in the World Cup quarter-finals (Sebastien) Vahaamahina got sent off as well.

“We’ve been on the end of that ourselves, and it’s very difficult to play with 14 men for 10 minutes, let alone long periods.

“Discipline is a massive part of any sport, but especially at the highest level of Test rugby.”

Jenkins, meanwhile, hopes that Wales can select from strength for Scotland’s visit to Cardiff.

Lock Jake Ball is sidelined after suffering a shoulder injury against England that will require surgery, while prop Dillon Lewis went off at half-time due to an ankle problem and full-back Leigh Halfpenny had stitches in a gashed knee.

“Jake Ball is out. He’s got a problem with his shoulder, so he will need an operation,” Jenkins said.

“Leigh is sore. He’s got a nasty gash on his knee but he will be fine. He is a tough, old competitor. He will be ready to go Saturday.”

Wales’ run of three successive defeats is their worst in one Six Nations campaign since 2007.

Scotland, though, have not won in Cardiff for 18 years, even though they will arrive following an impressive victory over France.

Jenkins added: “They are a tough and physical side, but they also play some good rugby and they have exciting backs who can light up any occasion at any time, especially with Stuart Hogg at full-back.

“We have to focus on ourselves and if we turn up and do the right things and play our game and take our chances, I’ve no doubt we will win (on) Saturday.

“Scotland will be coming off a good win, fancying their chances.

“They will be confident, especially as we’ve lost three. We need to be ready and we need to perform the way we can.”