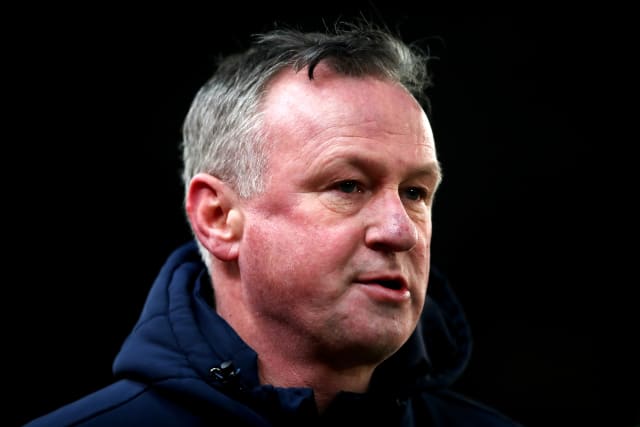 Michael O’Neill believes Northern Ireland could benefit if their scheduled Euro 2020 play-off semi-final away to Bosnia and Herzegovina is played behind closed doors later this month.

The Bosnian Football Federation on Tuesday postponed ticket sales for the match due to ongoing fears over the spread of the coronavirus, suggesting the match is likely to take place behind closed doors if it goes ahead as scheduled at all.

Having experienced a partisan Bosnian home crowd when Northern Ireland lost 2-0 in Sarajevo in the Nations League in October 2018, O’Neill admitted the lack of a crowd in Zenica on March 26 could help his side.

“We played Bosnia in the Nations League and while it was a small stadium the atmosphere was very intimidating, very patriotic,” O’Neill said. “From that point of view, for our sake, it is something slightly to our advantage.”

Despite the news coming from Bosnia, O’Neill said he would continue his preparations as normal, having on Tuesday named a 26-man squad which includes Jordan Jones and Conor Washington following injury.

“Having been involved in international football for eight years I know you can have the best preparation in the world going into a game, but ultimately it’s what happens in the week going into a game that matters most, whether down to player availability or whatever situation you’re faced with,” O’Neill said.

“This is another situation that’s not really in our control so dwelling on it too much is not really beneficial.

“From our point of view the most important thing is our preparation, how we prepare to make sure we’re ready to play on the Thursday night. There’s still a lot of football to be played between then and now, and a lot of external factors could change in that time.”

Rangers winger Jones has been sidelined with a knee injury, making his first appearance in over a month when he came on as a late substitute against Ross County on Sunday.

Hearts striker Washington also returns to the squad, but there is no place for Linfield’s Shayne Lavery, while Corry Evans is out injured.

O’Neill could be taking charge of Northern Ireland for the final time in the match. The 50-year-old was named Stoke boss in November, but the deal included an agreement he would see out the Euro 2020 qualifying campaign with the Green and White Army before standing down.