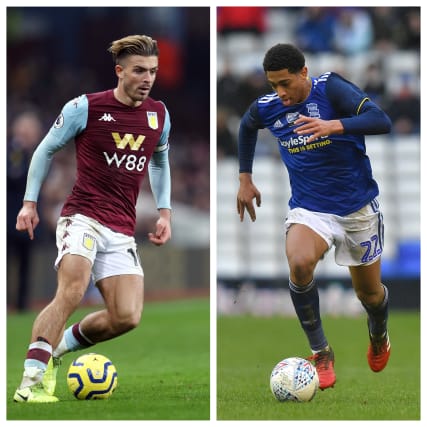 Birmingham teenager Jude Bellingham has edged closer to a move to Manchester United, the Daily Mail reports. The in-demand 16-year-old has been linked to several clubs, but the transfer rumour mill is buzzing after his parents were seen on Monday leaving United’s training ground, possibly with their son sat on the back seat. The Mail says club giant Sir Alex Ferguson was directly involved with the charm offensive and that a £35million summer move for Bellingham is on the cards.

United are also planning a swoop elsewhere in Birmingham, with Aston Villa star Jack Grealish in their sights, according to the Daily Star. United are ready to spend up to £70million to land Grealish, whose contract does not contain a buy-out clause.

Olivier Giroud is now open to staying at Chelsea, despite nearly leaving the club in January, the Daily Mail reports. The France international has spent the majority of the season on the Blues’ bench, but has made more appearances lately in place of injured team-mate Tammy Abraham. His form and attitude are said to have impressed manager Frank Lampard greatly and Giroud reportedly says he’d be content to stay at Stamford Bridge.

Another Chelsea star, Willian, says he does not know where his future lies, according to the Evening Standard. The 31-year-old winger’s contract is up at the end of the season and talks are currently at a standstill. Willian’s wife Vanessa Martins, meanwhile, has suggested his seven year stint with the club may be on the brink of ending, the Daily Mirror reports.

Arsenal are still interested in Paris St-German and France left-back Layvin Kurzawa, according to France Football. Arsenal made a move for the 27-year-old in January, but while they were unsuccessful the club is hoping to try again in the summer, when Kurzawa will be out of contract.

Rob Dickie: The 24-year-old Oxford defender is being eyed by Leeds and Southampton, Football Insider reports.

Denis Zakaria: Manchester United are leading the chase for the 23-year-old Borussia Monchengladbach and Switzerland defensive midfielder, according to the Daily Star.