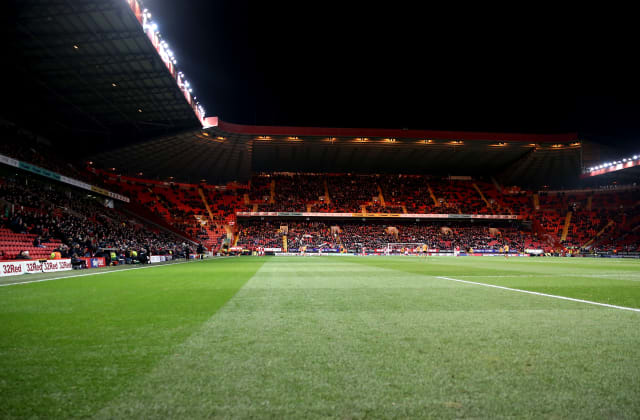 Football League chiefs have revealed Charlton are yet to meet the requirements for proof of funding until June next year after majority shareholder Tahnoon Nimer resigned as a director.

The Sky Bet Championship club announced on Tuesday morning that Nimer’s resignation had been accepted and he had stepped down with immediate effect amid an increasingly bitter dispute.

EFL bosses later expressed their concern over the situation in a statement.

It read: “The EFL notes the concerning developments, including a number of unhelpful media comments, emanating from Charlton Athletic over the past 24 hours.

“The relevant parties were notified in January that they were eligible under the provisions of the Owners’ and Directors’ Test in accordance with EFL regulations. In parallel, the EFL had also made clear the requirements in respect to the source and sufficiency of funding necessary to fund the club until June 2021. Those matters remain outstanding.

“As a result of not receiving the required information, the club was placed under a registration embargo and that position remains as the EFL seeks assurances that the necessary funds are available and for that funding to be placed in the club.

“The EFL’s position has been reserved and it is considering with its external advisors what further action should be taken under its regulations.”

Nimer’s departure barely two months after completing his takeover was confirmed by the Addicks’ executive chairman Matt Southall in a statement on the club’s official website.

Southall said: “It is with regret that the board of Charlton Athletic Football Club accepts Tahnoon Nimer’s resignation as a director with immediate effect.

“Following the events of March 9th, his position is now untenable and the board has no option but to accept his resignation.”

Southall had earlier claimed Nimer had not invested “a single penny of the promised funds” since East Street Investments’ takeover of the club was confirmed on January 2.

The majority shareholder made a number of allegations against the Addicks chairman on social media before hinting he was pulling out of the south London club, who are backed through his Abu Dhabi-based corporation Panorama Magic General Contracting LLC.

Southall accused his fellow board member of threatening the senior management team with legal action, with a disagreement seemingly over the contract handed to boss Lee Bowyer by the new chairman and an attempt to appoint a new chief executive officer.

“On Monday, Tahnoon Nimer sent an incredibly damaging letter on behalf of Panorama Magic General Contracting LLC to members of the club’s senior management team. In the letter, he made allegations about me and my conduct, which my lawyers immediately rebutted,” a statement from Southall read.

“It is a crucial time of the season and it would seem appropriate that all the stakeholders direct their efforts in support of the team and the club.

“Therefore, it is disappointing that the majority shareholder should act in such a manner and be attempting to purchase Dinamo Bucharest to the point where he posted a picture of himself in Romania during Saturday’s fixture.

“The board and the senior management team are determined that Charlton Athletic be run in a sensible, responsible and sustainable manner but this is being made very difficult by the majority shareholder’s actions and his failure to provide either the necessary satisfaction to the EFL or the funds that he has consistently promised to invest.

“To date, not a single penny of the promised funds has been provided.

“The board will continue to make decisions in the best interests of club, its fans, its players and its staff with the full support of the dedicated and loyal senior management team.”

Charlton, who won promotion to the Championship via the League One play-offs at the end of last season, currently sit inside the relegation zone with nine games remaining.