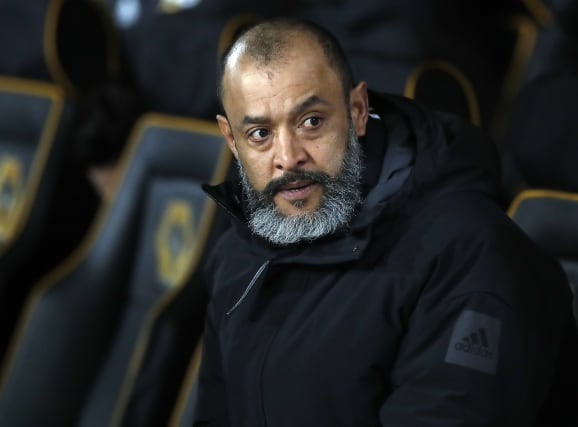 Wolves have condemned the decision not to postpone their Europa League tie with Olympiacos, claiming the trip to Greece “poses unnecessary risks” to their players and staff.

The Premier League side’s appeal to have Thursday’s last-16 first leg called off was rejected by UEFA and the game will go ahead behind closed doors as the spread of coronavirus continues to affect sporting events.

Olympiacos owner Evangelos Marinakis, who is also Nottingham Forest’s majority owner, announced on Tuesday that he had contracted the virus.

Wolves confirmed they would respect UEFA’s decision and play the match, but urged the governing body to “consider alternative options moving forwards, as this will not be the last fixture to be affected by coronavirus”.

“Wolves can confirm that a formal request submitted to UEFA proposing the postponement of Thursday’s Europa League tie at Olympiacos has been rejected by the governing body,” a club statement read.

“The match will take place, behind closed doors, in line with the Greek government’s enforced temporary suspension of spectators attending sporting events, to limit the spread of coronavirus (Covid-19) in Greece.

“Our position is that the trip poses unnecessary risks to our players, staff, supporters and the families of all who travel, at such critical and uncertain times.

“Our concern is also for our opponents, whose players and staff have today been tested, and will now be expected to play their part in an important fixture, under the difficult and challenging circumstances of their owner suffering with the virus.

“There is also disappointment that the match will be played without home and away supporters, as that is part of what makes European competition so special, as well as the fact our fans have already contended with similar obstacles on our Europa League journey already this season.

“We believe that there are some things that are more important than football, and that the good health of our pack and the general public is one of them. However, we respect the decision of UEFA and the integrity of the competition, and we will travel tomorrow to Greece to play the fixture.

“We hope that our request to UEFA, and our acceptance of their decision, can act as the catalyst for them to consider alternative options moving forwards, as this will not be the last fixture to be affected by coronavirus.”

Despite Marinakis’ diagnosis and his position at Forest, the English Football League insists there are no immediate plans to postpone any fixtures.

A club statement said he was diagnosed after first showing symptoms on his return to Greece on Monday afternoon, adding he did not show any symptoms while he was in Nottingham last week.

The EFL said it was working closely with Forest to see if any steps needed to be taken following the news, but its statement confirmed matches across the three divisions would continue as normal for the time being.

An EFL spokesman said: “The League is in dialogue to fully ascertain the set of circumstances that existed when Mr Marinakis visited the club last week and in conjunction with the club will make a determination on what measures are to be taken – if any – when full details are known.

“We understand the club is taking the appropriate steps to mitigate risk in line with relevant guidance provided by the health authorities. The Government guidance remains unchanged on the position of EFL matches taking place as scheduled.”

Marinakis had also been in England just under two weeks ago to see Olympiacos shock Arsenal by knocking them out of the Europa League at the Emirates Stadium, with the Gunners insisting there has been no suggestion anyone at the club has fallen ill as a result.

“Our home match with Olympiacos in the Europa League was played on Thursday 27 February and none of our staff who came into contact with him on that matchday have reported any symptoms since,” they said in a statement released to the PA news agency.

“We continue to follow strict protocols with regard to coronavirus. We’re following the Government health guidelines and have additional procedures in place to protect our players and staff. This has included regular deep cleaning of areas used by players at Emirates Stadium and our training centre.”

Wolves’s clash with Olympiacos is one of a host of Europa and Champions League games due to take place without spectators.

Manchester United’s Europa League last-16 first leg at Austrian side LASK on Thursday and the second leg of Chelsea’s Champions League last-16 clash away to Bayern Munich on Wednesday, March 18 will both be played behind closed doors.

So too will the second leg of Rangers’ Europa League tie at Bayer Leverkusen on Thursday, March 19.

Meanwhile, Linfield, the reigning champions of Northern Ireland, confirmed that a member of their squad had tested positive for coronavirus.

“This club is taking advice from the relevant authorities and will provide an update when we have further details,” the Danske Bank Premiership leaders announced on their website.

The Irish FA added in a statement: “Having been made aware that an individual, who recently used some of the facilities at the National Football Stadium at Windsor Park, has subsequently tested positive for Covid-19, the Irish FA has taken the decision to conduct a deep clean of the premises with immediate effect as a precautionary measure.

“We have instructed staff members to work from home for the next 48 hours and will continue to update them, as well as our partners based at the stadium, regularly.”

England’s friendly against Italy at Wembley on March 27 is still set to go ahead as normal, with the Football Association continuing to follow Government advice, but Italy’s match against Germany in Nuremberg four days later will be played behind closed doors.

France will also play this month’s friendlies at home to Ukraine and Finland behind closed doors.

Despite the disruption being caused to football across Europe, UEFA said it had received no requests to postpone Euro 2020, which gets under way in Rome on June 12.

A UEFA spokesperson said: “We did not receive a single request from national associations to postpone the tournament.”

At least the next two rounds of Spanish LaLiga matches will be played behind closed doors following updated advice from the Spanish authorities.

Games across the French leagues will be played behind closed doors until April 15, while the 25th round of fixtures in Portugal’s top-two leagues will also take place in front of empty stands.

Italy’s Serie A was one of the first leagues to be suspended following the outbreak and the Italian Football Federation admitted the season may not be completed.

The federation highlighted three possible options were that to be the case – not having champions this season, making the current standings final or just playing play-offs to determine the title winners and relegated clubs.

The outbreak of the virus has also hit rugby league’s Super League, with Catalans Dragons’ match at home to Leeds Rhinos on March 14 to be played behind closed doors.