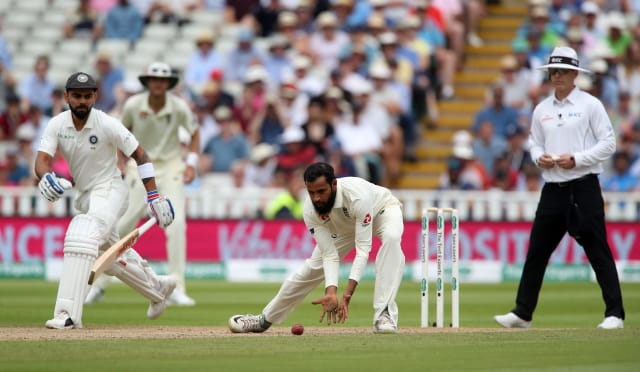 Adil Rashid remains optimistic of playing for Yorkshire and England in red-ball cricket at some point in the future but admitted it all depends on a troublesome shoulder injury.

The leg-spinner signed a one-year limited-overs deal with the White Rose last month, expressing a desire to manage his workload ahead of the T20 World Cup in Australia later this year.

Rashid and England have been keeping a close eye on his right shoulder since before last year’s triumphant 50-over World Cup campaign, where the Yorkshireman was an ever-present for his country.

But Rashid has not played a first-class match since earning the last of his 19 Test caps for England against the West Indies at Bridgetown in January last year.

“I can’t decide a time,” Rashid told BBC Radio Leeds. “If the shoulder is better, it could be soon. If the shoulder’s not great then I’ve still got to hold fire.

“I’ve still got that in me to play red-ball cricket and see where it takes me. So that’s something in the future hopefully.

“If the shoulder’s holding well then there’s always that potential of getting back into red-ball cricket for Yorkshire and then performing and getting a call back from England.

“But at this moment in time, it’s pretty tough thinking about red-ball cricket, or playing it, because of the shoulder.”

Rashid was the leading one-day international wicket-taker in the four-year cycle between the 2015 and 2019 World Cups but he returned just 11 scalps at a bloated average of 47.81 during England’s historic success on home soil.

But in order to simply play a full role, Rashid revealed he had two cortisone injections into the joint of his right shoulder before the tournament because the intense pain left him unable to raise his arm with ball in hand.

The World Cup final was his final match of the English summer but he has been part of this winter’s white-ball tours to New Zealand and South Africa, playing one ODI and six T20s.

Rashid added: “It’s been very frustrating, but that happens in cricket. You have your ups and downs. It’s not ideal but it’s something I had to deal with and overcome.”