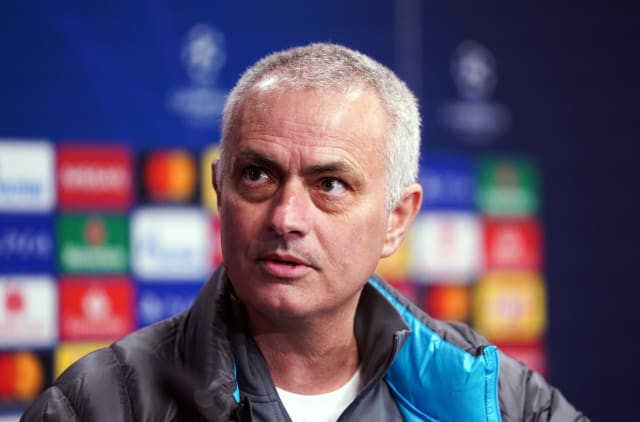 Spurs are in Germany for the conclusion of their last-16 tie with RB Leipzig having to overturn a 1-0 first-leg deficit.

It has been a tough few weeks for Mourinho and his side as they have been ravaged by injuries and it got worse the eve of the match after Steven Bergwijn joined Harry Kane and Son Heung-min in the treatment room.

Mourinho, who was in bullish mood at his pre-match press conference at the Red Bull Arena, has said he does not expect the Holland winger to play again this term, leaving Spurs depleted in attack for a game they need to win to have any chance of going through.

Still, the Portuguese, who knows how to win this competition against the odds, is feeling hopeful.

“Momentum is not the best but I feel the boys deserve something special,” the Portuguese said.

“The group is very good, the boys give everything and again, in a very honest way, if we look at our games against Norwich, Wolves, Burnley, I think we fought really hard against all the circumstances.

“The boys deserve this kind of happiness that a victory in knockout Champions League can bring.

“But sometimes in football you don’t get what you deserve. We just have to accept and move on but in this moment, we’re not in conditions to accept anything.

“We’re in conditions to fight for the tie.”

The Champions League, a tournament Mourinho has won twice, is their last remaining hope of silverware this season and – given the circumstances – the odds are against them winning it.

But Mourinho is adamant his run of winning trophies at every club he has been at will not end with Spurs.

“I believe Tottenham is not going to be my only club without silverware,” he said.

“I won it at every club and I believe I am going to do it also with Tottenham.

“I am here for three or four months. I took on the team in a very difficult situation and now it is even more difficult with so many problems we’re having but I believe in me, in the players, in the club and I believe that during my contract I am going to help the club to do it.

“It’s not me winning, it’s me helping the club and the players to do it.”

One thing Spurs definitely have on their side is Mourinho’s know how of navigating knockout games in this competition.

And that is something Leipzig cannot call on as they are playing at this stage for the first time in their history.

They have a lead to defend, given to them by Timo Werner in north London last month, and Mourinho began his mind games, by suggesting the Bundesliga side should be feeling the pressure.

“Of course I prefer to be in their position but they feel the pressure.