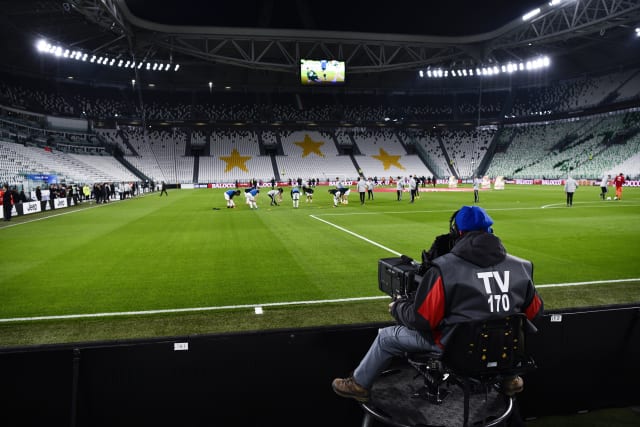 Culture Secretary Oliver Dowden says it is still “premature” to consider directing all sporting events to be played behind closed doors in a bid to combat the spread of coronavirus.

Government ministers are meeting with sporting bodies in London to discuss possible next steps, but Dowden believes current health advice does not require such precautions yet.

Officials in Italy, France and Greece have already imposed bans on spectators at major events, with Paris St Germain announcing on Monday that their Champions League clash with Borussia Dortmund this week will be played behind closed doors.

But Dowden told BBC Breakfast: “At the moment, the advice is clear from the chief medical officer, there isn’t a need to cancel such events.”

“There’s no reason for people either not to attend such events or to cancel them at this stage, but we keep it under review.”

Asked about holding games behind closed doors as is the case in Italy, he said: “That is an option in the future but we are clear at this point there is no need for events to be cancelled.

“We are very cognisant of the impact the cancelling of events may have both in terms of the economic and social impact.”

Asked about plans to shut museums, galleries or concert halls, Mr Dowden said: “I think all of this is quite premature at this stage, we are not anywhere near that sort of stage.

PSG issued a short statement saying the decision had been made on police advice. Meanwhile, the first leg of Wolves’ Europa League tie against Olympiacos is likely to be played behind closed doors after the Greek government announced on Sunday that all professional sports events for the next fortnight will be played without spectators.

Serie A games were delayed or postponed this weekend after 16 million people were placed in lockdown, with Pescara taking to the field for their Serie B game at Benvenuto wearing protective masks.

Football’s world governing body FIFA said that 2022 World Cup qualifying matches in Asia due to be played later this month and in June had been postponed.

However, there was scope for individual national associations to still stage matches in the March and June international breaks if they mutually agreed to, and that the safety of all individuals met the required standards. FIFA and the Asian Football Confederation would also have to give their approval to any match going ahead.

A statement from the organisers said: “The 2020 BNP Paribas Open will not take place at this time due to concerns surrounding the coronavirus and the safety of the participants and attendees at the event.

“This is following the guidance of medical professionals, the Centres for Disease Control (CDC), and State of California.”

Tournament Director Tommy Haas said: “We are very disappointed that the tournament will not take place, but the health and safety of the local community, fans, players, volunteers, sponsors, employees, vendors, and everyone involved with the event is of paramount importance.

“We are prepared to hold the tournament on another date and will explore options.”

David Agus, Professor of Medicine and Biomedical Engineering at the University of Southern California, said: “There is too great a risk, at this time, to the public health of the Riverside County area in holding a large gathering of this size.

“It is not in the public interest of fans, players and neighbouring areas for this tournament to proceed. We all have to join together to protect the community from the coronavirus outbreak.”

Nadal wrote on Twitter: “You probably all heard the news. Indian Wells cancelled.

“We are here and still deciding what’s next. So sad for all that is happening around the world with this situation.

“Hopefully soon solutions from the authorities. Stay all well and safe.”